NVIDIA is positioning both cards as replacements for the previous generation Turing-based GeForce GTX 1650 Ti. As such, NVIDIA claims that they offer up to a 2x uplift in performance to 60+ fps at 1080p in popular games like Call of Duty: Black Ops Cold War, Watch Dogs Legion, and Control. You'll also be able to hit 144+ fps at 1080p in eSports gaming titles like Valorant and Overwatch with sub-25ms latency thanks to the Reflex Low Latency mode. 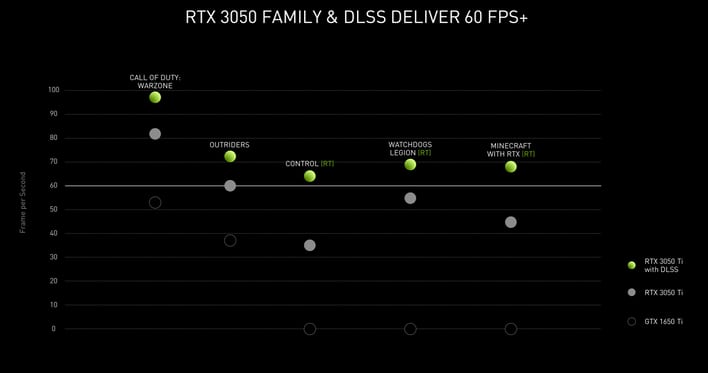 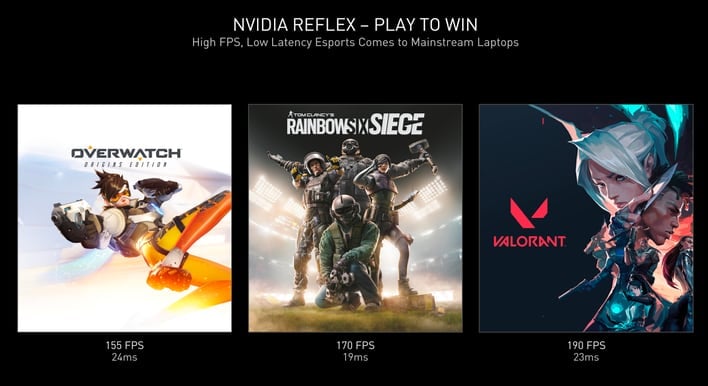 NVIDIA launched the mobile version of its popular GeForce RTX 30 Series GPUs at CES 2021. Despite carrying the same names as their desktop counterparts, the already launched GeForce RTX 3080, RTX 3070, and RTX 3060 mobile GPUs feature cut-down specs (CUDA cores, Tensor cores, RT cores, and clock speeds) in comparison. We don't have any official information on the desktop versions of the GeForce RTX 3050 and RTX 3050 Ti, so we don't know to what lengths NVIDIA has gone to pare down the specs for the mobile GPUs. 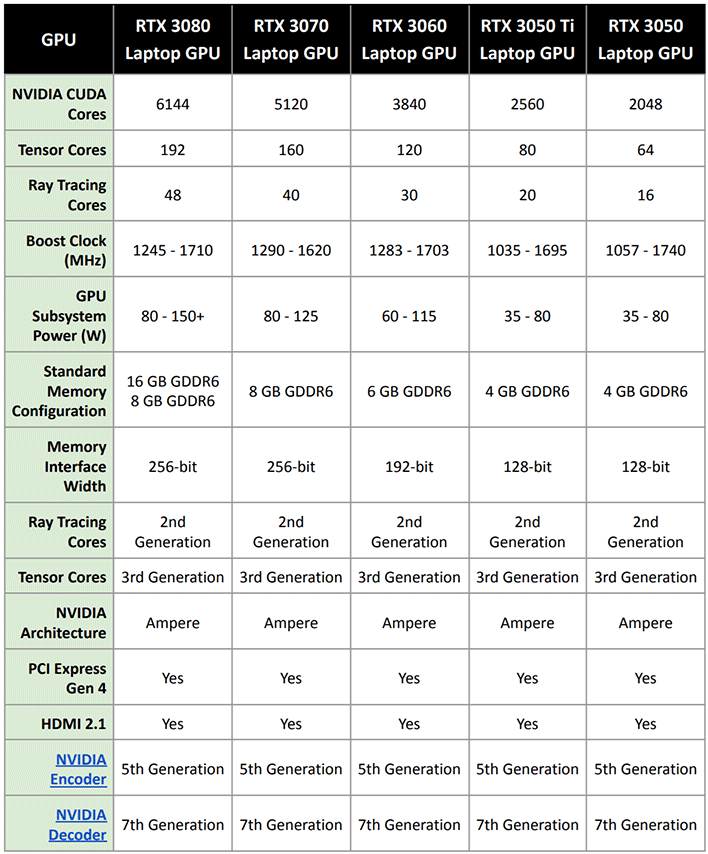 "The latest wave of laptops provides the perfect opportunity to upgrade, particularly for gamers and creators with older laptops who want to experience the magic of RTX," said Mark Aevermann, director of product management for laptops at NVIDIA. "There are now five times more RTX 30 Series gaming laptops that are thinner than 18mm compared with previous-generation RTX systems, delivering groundbreaking performance with very sleek and portable designs."

NVIDIA says that the first laptops using the new GeForce RTX 3050 and RTX 3050 Ti GPUs will arrive this Summer.