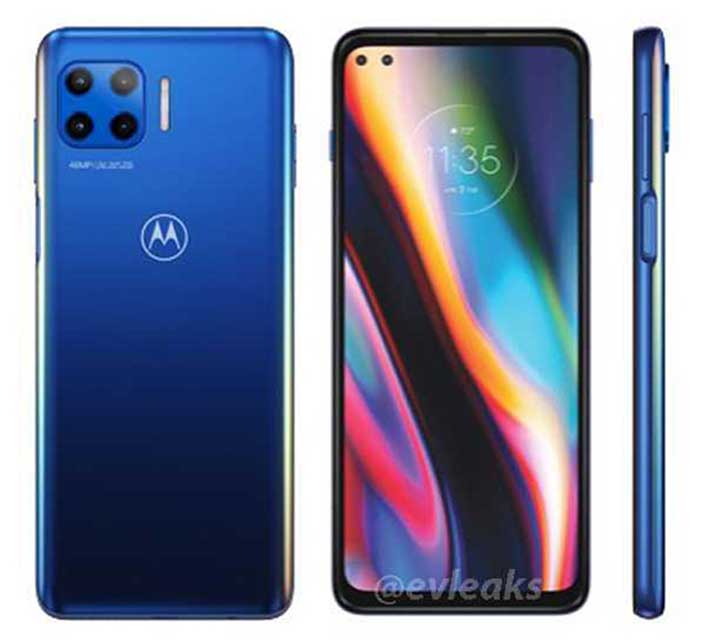 Motorola makes smartphones that run the gamut from cheap entry-level devices, into the mid-range, all the way up into the high-end market with the newly launched Edge+. Now, renders of the company's latest budget smartphone have leaked: the Moto G 5G. As it name implies, the smartphone will pack 5G connectivity, likely from a Qualcomm Snapdragon SoC.

The leaked renders come from Evan Blass, a leaker with an impeccably accurate history when it comes to unreleased smartphones. The renders show the front and back as well as one side of the smartphone, and it looks very good. Notable on the front of the smartphone is that it has a dual hole punch array that is presumably for the selfie camera and another unidentified sensor.

Having two holes punched in the front screen is an interesting design change from devices that rely on a single notch today. While the renders have leaked, no real details on the hardware have surfaced along with the renderings. What can be seen on the back of the device is "48MP" wording under the camera array. The assumption is that the main sensor has 48MP resolution. We also see what appears to be a long LED flash to the right of the cameras.

While there's no indication of what the other cameras will offer, the assumption would be a telephoto camera, wide-angle, and a macro or depth sensor. One bit of good news for smartphone users who hate rear-mounted fingerprint scanners is that the Moto G 5G has the fingerprint scanner on the left side of the smartphone. That's about all we can glean from the leaked renderings.

The hardware under the skin is a mystery, but it could use the recently announced Qualcomm Snapdragon 690, which is the company's cheapest 5G SoC. The price point is unknown, but Motorola did launch the Moto G Fast last month priced at $199.99 and this device will likely be priced much higher.