Activision is doing its part to help keep people who are stuck at home thanks to the coronavirus entertained. Tomorrow will mark the start of a Free Access Weekend that will allow free-to-play Call of Duty: Warzone gamers to square off against Call of Duty: Modern Warfare multiplayer gamers for free. Players will be able to compete against Modern Warfare Multiplayer gamers directly in Warzone from April 3 through April 6.

Activision says that the free-to-play Warzone players will get a chance to see what they are missing in Modern Warfare. Activision brags about the world-class gameplay Modern Warfare offers its players including deep weapon customization and the photorealistic environments the game is known for. From the April 3 through the April 6, anyone with the free-to-play Warzone game installed will be able to navigate to the lobby and join the multiplayer Modern Warfare action for free. 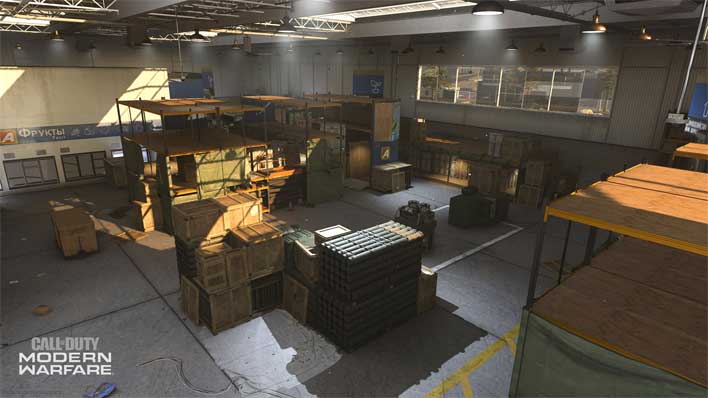 The only caveat is that players will be playing on the "Stocked Up, Locked Down" 24/7 Playlist. That means players will only get to experience the two original Modern Warfare maps known as Atlas Superstore and Shoot House. While only two maps are available, players will get the opportunity to enjoy a variety of team-based game modes. The modes available include Team Deathmatch, Domination, Hard point, and others.

Players will get to explore all parts of both maps as they interact with the different mode environments. Atlas Superstore is a 10v10 map set in an empty big-box supercenter. Warzone players who have explored the Verdansk area will be familiar with the location, which is just south of Verdansk International Airport. Shoot House is a smaller 6v6 map that Activision says has been an instant classic since it debuted.

In other Modern Warfare news, Activision recently won a trademark infringement suit against AM General, the maker of the Humvee military vehicle.