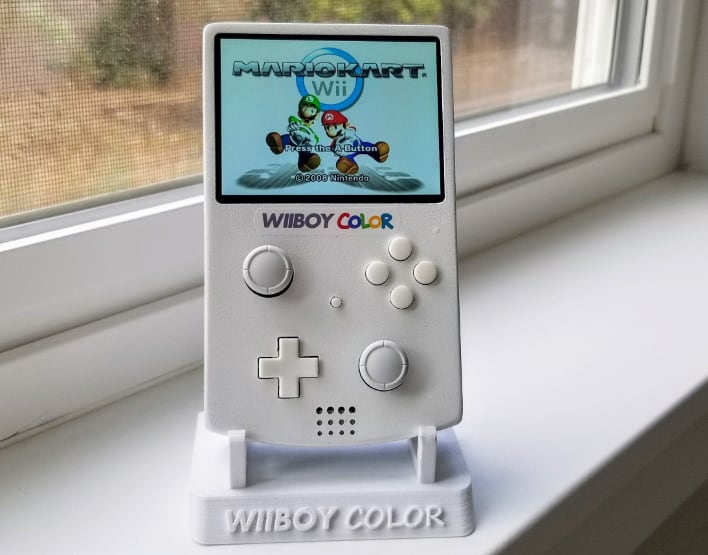 We love crazy gaming mods here at HotHardware, and another impressive one just slid across the news desk. Witness this custom Nintendo Wii system that has been squeezed into a case that is roughly the same size as a GameBoy Color. Its creator, GingerOfMods, affectionately refers to it as the WiiBoy Color.

Whereas the original GameBoy Color has a 2.3-inch (160x144) display, this WiiBoy Color has a larger 3.5-inch IPS display with a 480p display resolution. The larger display also means that the bezels are a lot smaller with the GameBoy Color-style case. Speaking of the case, it was constructed using a 3D printer, and it features controls from a number of donor Nintendo gaming systems including buttons from a DS Lite and thumb sticks from the Switch. There are also two trigger buttons on the back of the device. Likewise, the internal circuitry for the controls came from a GameCube controller.

According to GingerOfMods, the primary components of the Wii have been cut down to the bare minimum – literally -- to allow for a functioning device in this smaller form-factor. The motherboard was actually dramatically reduced in size, and some of the components were relocated to achieve a much smaller footprint. 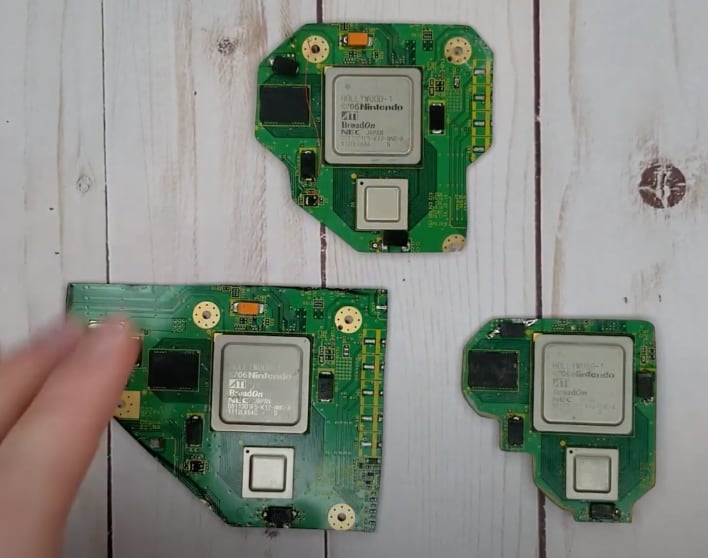 Custom-designed circuit boards were also added to the mix to bring it all together. One rather inventive tweak was a hack that doesn’t require the use of the DVD drive on the original Wii. Instead, solid state storage can be used, which vastly improves access time and allows for the compact form-factor.

It’s also backwards compatible with GameCube games, and has access to the Virtual Console. Software hacks allow the controls to simulate the shaking necessary for many Wii games. Other niceties include a USB-C port, which allows the device to charge and transfer games to the control (it can also boost its standard 2- to 3-hour battery life with an external USB-C power bank). You can even plug the WiiBoy Color into full-size Wii to play on a big screen and transfer savegames.

Breaking it all down, this is a rather clever and awesome mod of one of the most popular game consoles in the past two decades. The Nintendo Wii was a smash hit when it first launched globally in 2006, which was helped in part by its innovative motion controls. Kudos to GingerOfMods for his hard work on this fine piece of gaming hardware.