Earlier this week, Microsoft updated its support pages to confirm both AMD and Intel SKUs for its upcoming Surface 4 Laptop family. This revelation wasn't exactly earth-shattering, as the current Surface Laptop 3 also offers Intel and AMD options depending on which screen size you select.

Today, however, frequent leaker WinFuture has all the goods for the Surface Laptop 4, including specs, alleged pricing, and release date. There are two options for each processor manufacturers: those opting for an Intel rig can choose from a Core i5-1145G7 or a Core i7-1185G7 11th gen Tiger Lake-U processor. On the other hand, opting for AMD will get you a Ryzen 5 4680U Surface Edition or a Ryzen 7 4980U Surface Edition.

There are a few things to note about that last revelation. For starters, both AMD processors are custom variants made just for Microsoft, as we saw with the Ryzen 7 3780U in the Surface Laptop 3. Secondly, this year you will be able to choose Intel or AMD processor options in both 13.5-inch and 15-inch screen sizes. With the Surface Laptop 3, AMD processors were only available with the larger laptop. Finally, it appears that Microsoft is, unfortunately, going with older Ryzen 4000 Series Zen 2-based APUs rather than AMD's most recent Ryzen 5000 APU family. Zen 3 offers a big IPC lift compared to Zen 2, and it seems like a missed opportunity here for Microsoft. 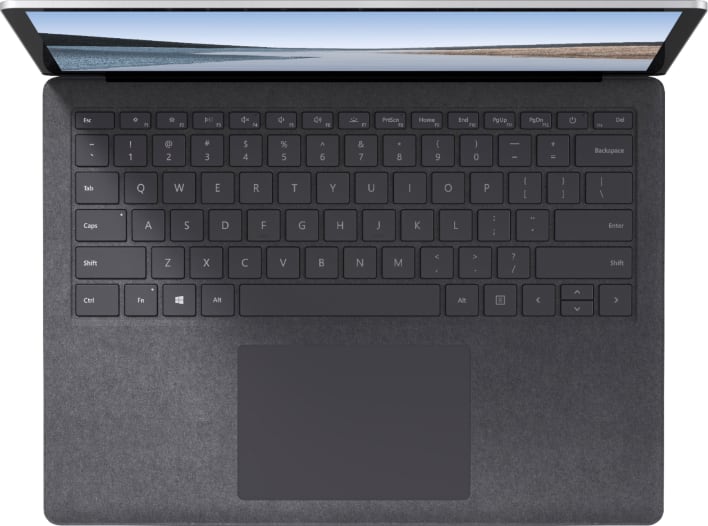 AMD systems will reportedly be offered in base 8GB/256GB (RAM/SSD) configurations, with optional upgrades to 16GB of RAM and a 512GB SSD. Again, Microsoft seems to be giving the AMD rigs second-class status, as the Intel systems will also start at 8GB/256GB but will be offered with up to 32GB of RAM and up to a 1TB SSD (15-inch model).