If you are missing some of the key features of Windows 10 on Windows 11, Microsoft says you are going to have to be patient. In one case, the company is saying you may be out of luck for good.

Microsoft launched Windows 11 as being the most secure and best desktop OS for users. However, the touted operating system has had quite a few issues, with many still being reported as more people begin adopting it. If you are one of the many who are missing some key features you left behind on Windows 10, the tech giant says to give them some time, perhaps never in at least one case.

The taskbar has been the focus of many users' ire, as it lacks basic features such as drag and drop and the ability to change its location. The drag and drop feature is actually slated to make a return with Windows 11 version 22H2, but the company has stated it isn't planning on bringing back the option to move the taskbar location to the top, left, or right side.

Windows 11 saw the taskbar being completely rebuilt using XAML. At the moment, the company is focused on bringing minor features to it, including a better overflow experience for icons or system tray optimizations for tablets or touchscreen PCs running the latest OS. 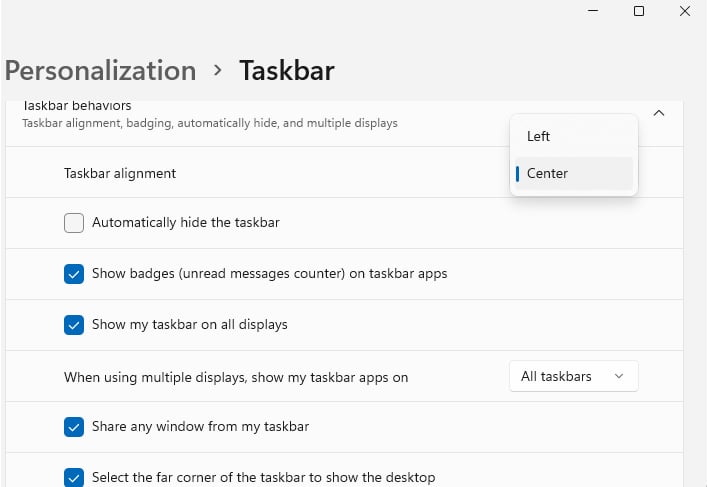 In a recent Windows Insider webcast, the company stated, "There are a number of challenges when it comes to actually being able to move the taskbar to different locations on the screen. Think about having the taskbar on the right, all of a sudden the reflow and the work all of the apps or Start menu have to do."

Microsoft has indicated it wants to focus on helping a "larger group of users" by focusing on adding other features, such as the drag and drop feature and overflow icons or tablet optimization. Because of this, Microsoft is not going to put time into being able to move the taskbar location.

This may not mean that Microsoft won't eventually get around to adding the feature of moving the taskbar, but it is definitely not in the cards anytime soon. While a few of the most wanted features won't be making their way to Windows 11 until possibly sometime in 2023 (or later), you can opt not to use the OS and simply use Windows 10 which will continue to receive updates until 2025.