At the risk of burying the lede (just a tad), does anybody remember those old Power Wheels commercials? They went "Pow-pow Power Wheels, pow-pow Power Wheels, Power Wheels power makes it go!" It's what comes to mind whenever I see an update for Microsoft's PowerToys utility for Windows 10, and I just don't want to be the only one with the Power Wheels jingle stuck in my head.
Back to the topic at hand, what were we talking about? Ah yes, PowerToys. After conducting a survey on what third-party tools developers and "some seasoned users" turn to, Microsoft discovered a large number of them turn to outside programs to remap the keys on their keyboard. And so the feature appears to be headed to the PowerToys utility.
"Comfortability/Ease of use, especially for new users, can be crucial as their first few interactions can cause frustration and result in a higher churn towards competitors. For developers and some seasoned users, where using their keyboard is a large part their job, ability to remap keystrokes and engage executables can lead to massive gains in time. In fact, this was the second most popular topic measured through thumbs up and the most commented issue in the PowerToys Github," Microsoft states on GitHub.
In case you missed it, Microsoft announced in May of last year that its 90s era PowerToys utility would be making a triumphant return, then made good on that promise a few months later in September. PowerToys dates back to the Windows 95 era, and essentially consisted of a set of freely available utilities and tools for enthusiasts, such as TweakUI (which made it easier to dig deeper into Windows and adjust settings that might otherwise require going in the Registry). 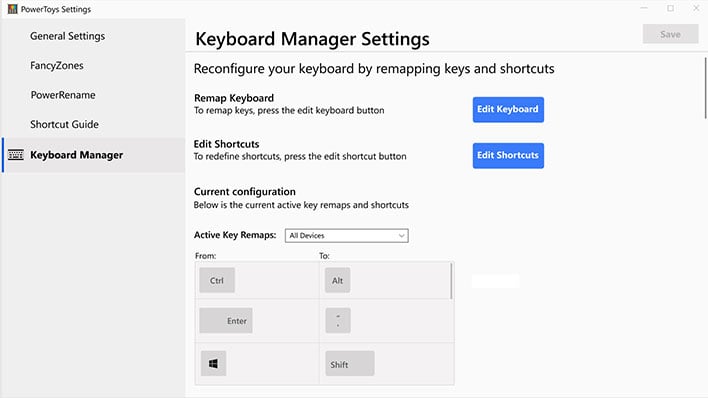 One of the new features headed to the current iteration of PowerToys in Windows 10 is called Keyboard Shortcut Manager. This enables users to remap keys at the OS level, with Microsoft noting that 70 percent of users it pinged requested shortcuts, either at the app level or OS level, with OS shortcuts being the most demanded.
Microsoft has prioritized certain abilities and is considering adding them. As it relates to OS level shortcuts, they include: 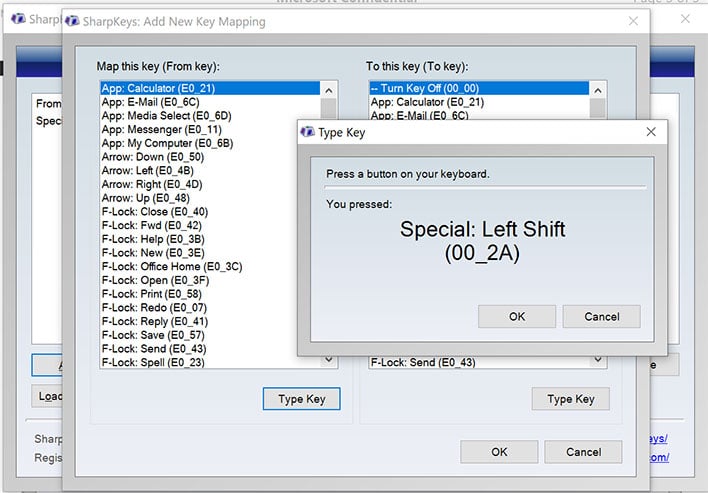 There is quite a bit more on the topic, which you can view on the GitHub page (hit the link in the Via field below). But for those who have been clamoring for the ability to remap keys, this will provide an OS level way to do that, without necessarily needing a keyboard that allows such things through its own software.
In some cases, this might require a reboot, though not in every instance—it all depends on what the specific function entails. As for when it will be available, Microsoft did not provide any indication.