If you run Windows, do you use third-party cleaner apps like CCleaner and PrivaZer? These apps are of dubious utility for most users, but they do have legitimately-useful functions, like clearing out temporary folders and removing leftover update data. Microsoft would apparently prefer that you use its own software for this, because it has a new tool called PC Manager that does these same sorts of things. 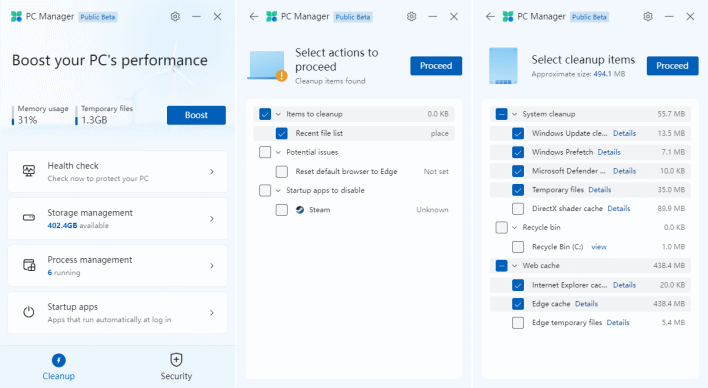 PC Manager is a lightweight app for Windows 10 and Windows 11. It requires at least Windows 10 version 1809 to install. After installation, you're presented with a small window equivalent to one-third of the image above. The app presents options to "Boost your PC's performance," which mostly involves clearing out temporary files on disk and cached data from RAM. 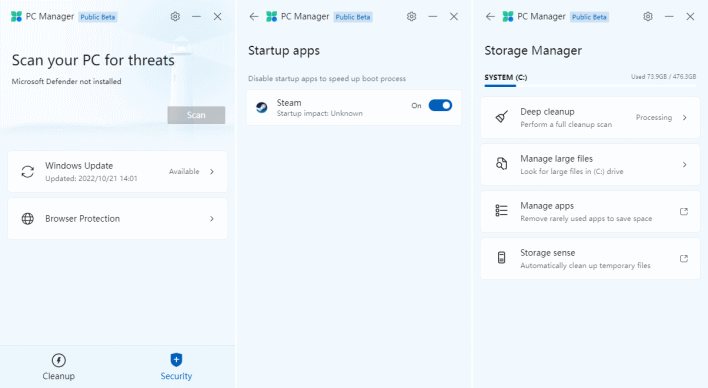 Other options presented by the app include the ability to manage running processes, uninstall apps to free space, and control the apps that launch on system startup—although Microsoft apps are notably not included on this list. That means you won't be able to stop Edge "pre-launching" at startup, or disable Microsoft OneDrive from this tool.
There's also a function to scan your system with Windows Defender. Your author wasn't able to test that function on his personal system, but other users report that it simply opens the Windows Defender dialog. The security functions of the app include the ability to reset your default browser if you're the victim of a hijack, which could be useful. 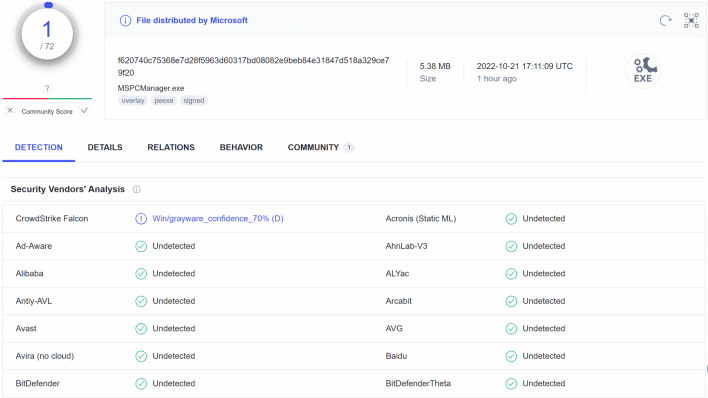 The app is a little strange—it's a beta, and it's currently only available from a Chinese-language site on Microsoft's domain. Microsoft hasn't made any announcement of the app, so just to be on the safe side—after all, it's not like someone couldn't compromise Microsoft's systems—we ran it through VirusTotal. The scan came back clean aside from one result marking the app as "grayware," or applications that blur the line between legitimate software and malware.


The only objectionable behavior we observed in Microsoft's PC Manager application is that it presents the use of a non-Microsoft browser as default as a "Potential issue." However, it doesn't mess with your browser settings on the use of the "boost" function, and the "Reset default browser to Edge" option isn't even checked by default, so we don't find it particularly bothersome.
If you'd like to have one of these "cleaner" apps but are leery of using shady third-party software, Microsoft's tool could be a reasonable choice. You can grab it by clicking the blue button at the top of this page.