Devices running Apple's new M1 Arm processors were just released last month, but software developers are already quickly embracing them. In fact, it could be said that developers have been more eager to create native Arm64 compatible versions of their apps for M1 MacBook Pros, MacBook Airs and Mac minis than they have for Windows 10 on Arm devices running the Qualcomm Snapdragon 8cx SoC.

With that being said, Microsoft is rolling out the first public release of Office apps that are native to the M1. This means that all of your favorites like Word, Excel, PowerPoint, Outlook, and OneNote should gain all performance benefits inherent with the M1. Microsoft is delivering the updated Office suite as a Universal app, which means that there are binaries native to both Intel and M1 Macs. This also means that all future releases of Office will deliver feature updates for both architectures at the same time. 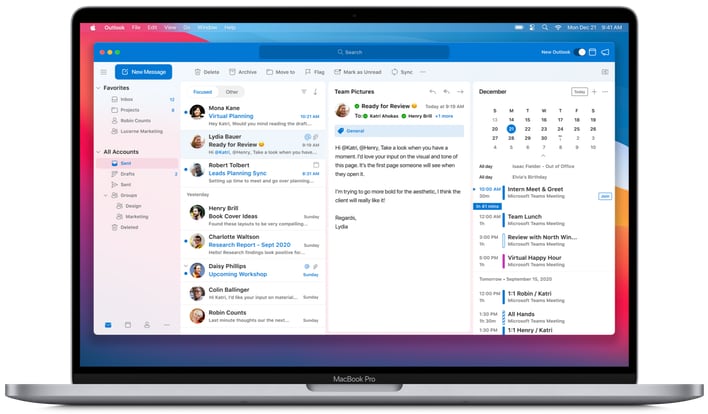 "[Office apps] will run faster and take full advantage of the performance improvements on new Macs, making you even more productive on the latest MacBook Air, 13-inch MacBook Pro, and Mac mini," said Bill Doll, Senior Product Marketing Manager for Microsoft 365. "The apps are not only speedy, but they also look fantastic as they have been redesigned to match the new look of macOS Big Sur."

If you're running the current Intel version of Office, you can navigate to Help --> Check for Updates within any of the aforementioned Office apps to use Microsoft AutoUpdate to upgrade to the new Universal binaries. At this time, unfortunately, there is no release channel version of Microsoft Teams available for M1 Macs, which means that the app will still run through the Rosetta 2 translator until it is updated with native M1/Arm64 support. 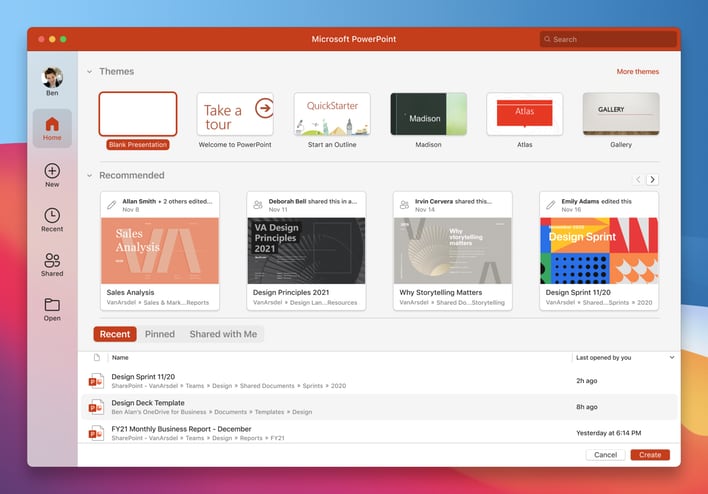 In addition to the native M1 functionality, you'll also find that the newest version of Outlook brings support for iCloud accounts. "This will enable you to organize work and personal emails, contacts, and calendars together in one app so it is easier for you to stay connected to what matters," Doll adds.

Over the past few weeks, we've seen Adobe release beta versions of its popular photo editing apps with M1 support. Th company first dropped a beta version of Photoshop compatible with Apple M1, and then followed up with a native version of Lightroom CC. At the same time, Adobe launched Windows 10 on Arm versions of both apps for devices like the Microsoft Surface Pro X and Samsung Galaxy Book S... three years after Windows 10 on Arm debuted in production devices.