Android users, do you ever look over at the Apple ecosystem and think, "Why don't we get that?" It's hard to ignore the interconnectivity capabilities between iOS, iPadOS, and macOS and all the features that come with living in an Apple ecosystem. Even people who claim to "hate" Apple can't deny that usefulness and power. Perhaps a recent organizational move by Microsoft might help shift that, at least a little.


While Google, with ChromeOS and the Chrome web browser, has done a decent job filling some gaps there are still some things left to be desired. For example, that quick and tight integration with iMessage if you use the same Apple ID between your iPhone and Mac computer. These things have been getting easier on Windows, like when you use Your Phone, which recently was rebranded as Link to Windows. Which, we've tried and it works great for everything it claims to do except phone calling in our experience. 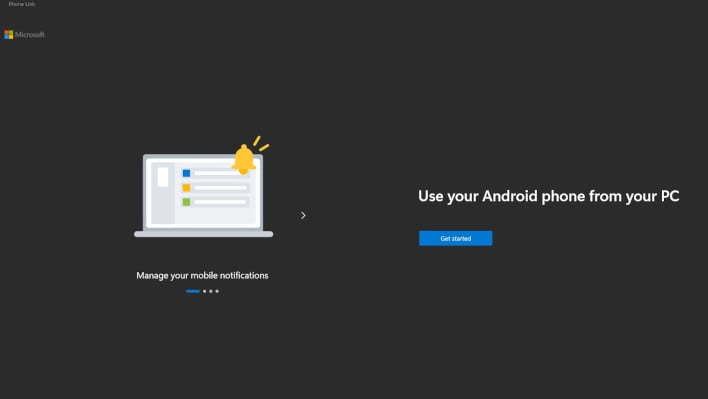 Phone Link Setup Screen
Microsoft has obviously tried its hand at mobile repeatedly by making its own mobile operating systems. Ultimately it always ended up dipping its toes into the water well after any other competitors were well off the deep end. So it's decided to concede and just work with Android. The Surface Duo OS is Android anyway, so it makes sense. In doing so, Microsoft has decided to start up a new Microsoft Android division, labeled "Android Microsoft Platform Experience," or AMPX.


The AMPX division will now be the umbrella under which Duo, SwiftKey, Microsoft Launcher, and many other Android-based projects and products will sit. The new division is to be headed up by Panos Panay, who previously was chief product officer for Windows+ at Microsoft, he's likely most well known for being a driving force behind creating the Surface line of products from Microsoft. 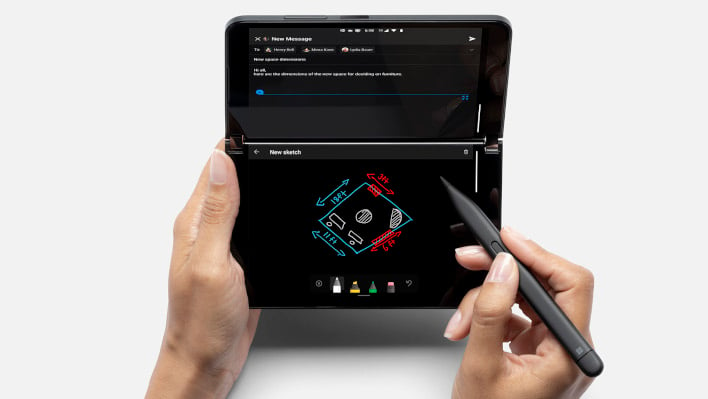 Microsoft Surface Duo 2 with pen and drawing
We can't say that we're surprised at this move. After all, Microsoft did fairly recently release an update to Windows 11 that allowed for the installation and running of some Android apps via the Amazon App Store. A tighter integration and more interoperability between products on Windows and the most popular mobile operating system on the planet, according to StatCounter.com, is just a smart business move.
Additionally placing the already somewhat fractured branches that worked on mobile under "one roof" just makes organizational sense from a management standpoint. Microsoft has also stated that its expects no layoffs due to this restructuring effort. What we will actually see of this at the consumer level, well, its hard to say, but we're keeping an eye on the Android integration Microsoft has been pushing quite a bit more now.