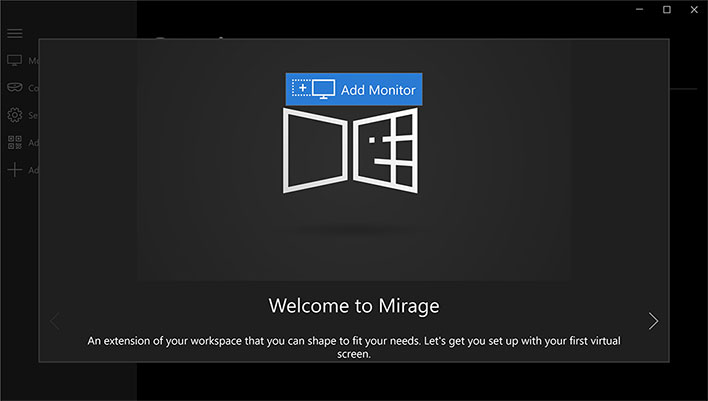 We have only scratched the surface of what might be possible in the realms of virtual reality, augmented reality, and mixed reality. Developer creativity will ultimatel dictate where these technologies go, and the folks at Microsoft have an interesting concept in mind—a virtual multi-monitor setup so users can experience the benefits of using more than one monitor without the clutter and cost. Well, sort of.
Called "Mirage" (or maybe "HoloScreens"), this appears to be a concept project for the HoloLens. It was spotted by Twitter user WalkingCat (a prominent Microsoft leaker), who posted a bunch of screenshots from the app. The idea is simple, and novel—you install the app, then add virtual monitors to your workspace, presumably on either side of your actual monitor. 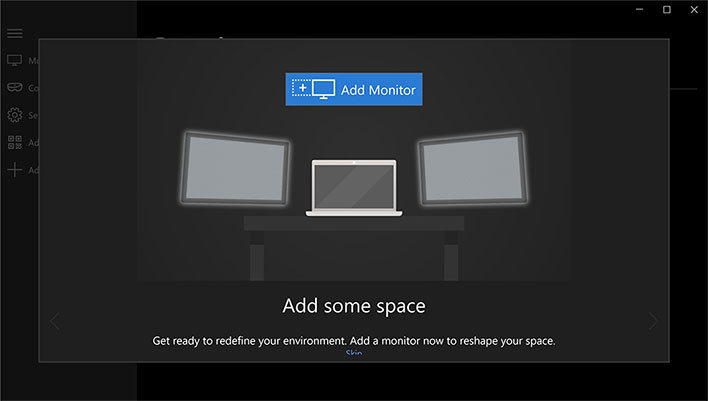 There are not lot of details, just a bunch of slides to glean information from. However, this has our mind racing with possibilities. The obvious drawback is having to own a HoloLens, which is not a cheap headset. But for those who already have one, this looks like a neat way to expand a workspace with the added cost of additional real monitors.
That said, we'd really like to see this concept spread to the mixed reality space in general. Imagine having access to this on a more affordable headset. Sure, some people might feel it's not practical to don a headset each and every day, especially for long periods of time. But on an as-needed basis, this is certainly intriguing. And as headsets become sleeker and lighter, it might become practical to use them for long stretches day after day. 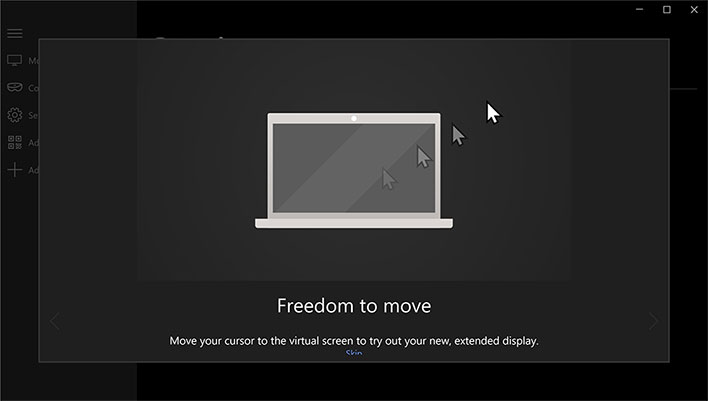 The slides indicate that the virtual screens behave the same as physical displays, but with additional benefits. For example, you can move them around with ease, tilt and angle the virtual monitors to precisely how you want them oriented, and of course enjoy the benefits of multiple monitors without cluttering your actual workspace.
It's not clear exactly how many displays can be added (from the slides, it looks like at least two). We also don't know if you can resize the virtual displays. Still, it's promising. 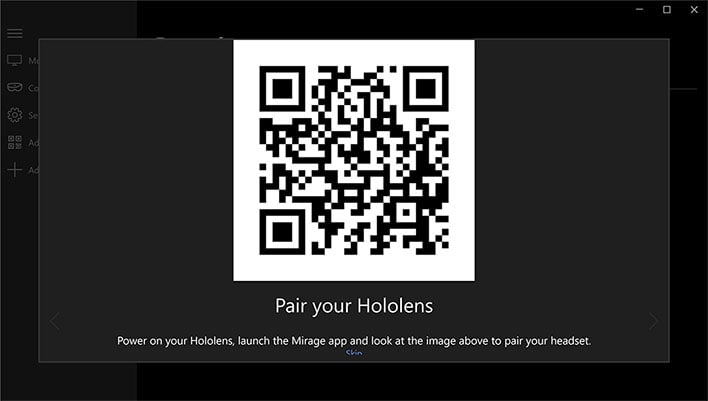 People who own a HoloLens can apparently try this out now. It requires two apps—one on the Windows desktop and one on the HoloLens. Then it's matter of pairing the headset using a QR code.
We haven't tried this ourselves, so we can't say if it works well, or at all. Hopefully this comes to fruition as a finished project.