In February, Microsoft unveiled FPS Boost, a new way to revive older games with lower frame rates. Initially, the Xbox team gave a select few games the performance enhancing treatment, and then some Bethesda games followed later after the Microsoft acquisition was complete. Now, the company is bringing the FPS boost love to another 70 titles in the “largest drop of games featuring FPS Boost to date.”

FPS Boost is a user-adjustable setting to make older games “visually smoother, resulting in more immersive gameplay.” For the most part, it can nearly double frame rates on select titles when the game engine adapted to render things more quickly. To accomplish this impressive feat, Microsoft works closely with developers to “enhance the experience while maintaining the game’s original intent.” 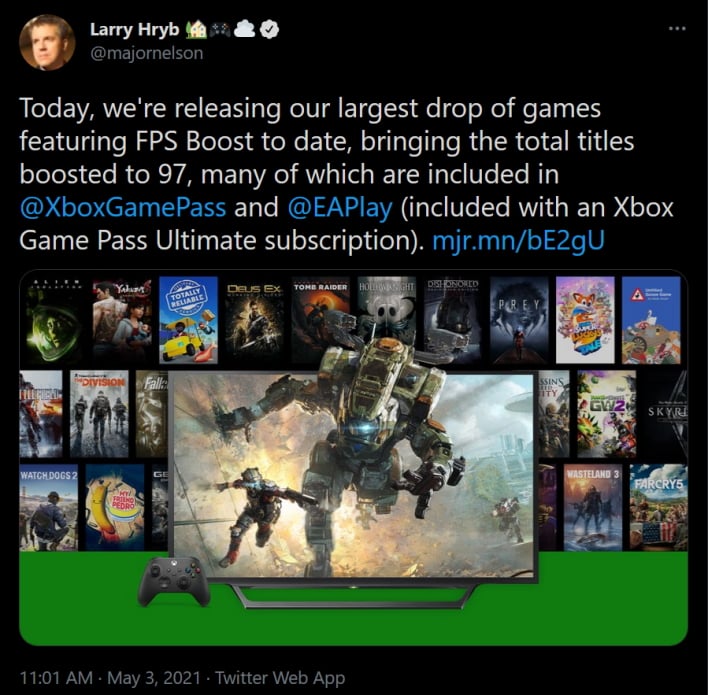 While FPS Boost does not apply to all games, there are quite a few that have been left in the dark until now. Larry Hyrb announced the new addition on Twitter earlier today, but you can check out the list of newly FPS Boosted games here. Some of the fan favorites include Alien Isolation, Mad Max, and Tom Clancy’s The Division, but FPS Boost will not work on the Xbox Series S for some of these games, so your mileage may vary.


If you want to test this out and see how some of your favorite older titles fare with an FPS Boost, you can toggle the feature by following the short video above. Perhaps it will reignite the enjoyment had from the game, which would be entirely worthwhile. In any case, let us know what you think of FPS Boost in the comments below.