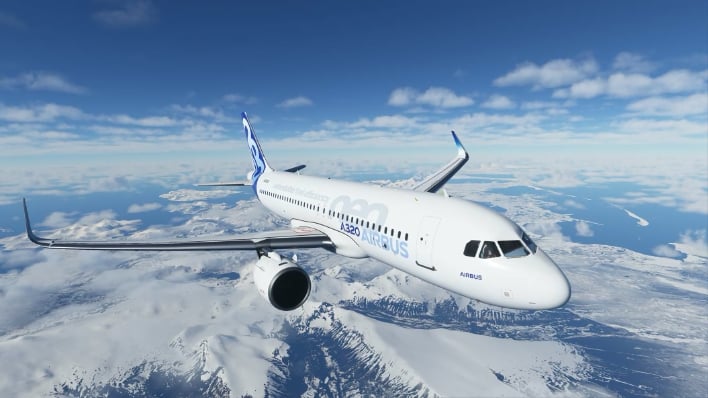 Developers behind Microsoft Flight Simulator 2020 have announced that the latest Alpha build is now available. The latest version of the Alpha takes the game to version 1.2.10 and brings with it some new features and updates. The key feature of the new update is the addition of the first jet to the game.

In partnership with Airbus, the Airbus A320 NEO has landed for community testing in the game. The developers say that this is a key step in the development process, allowing them to work with the community to finalize the aircraft for launch. The developers note this is the first version of the A320 NEO, and they need help testing many of the systems that are included in the aircraft.

Those new ground handling features will be very appealing to people who like realism as they include jetways, refueling trucks, baggage and catering, pushback, and ground power carts. Not all of the complex systems in the aircraft are integrated at this time because the developers wanted to focus on features ready to be tested. The developers also say that some indications may be missing or not final, and some displays could show anomalies.

The aircraft does function for ILS and visual approaches, but full approach functionality is not included in this version. The next round of updates will bring updates to the aircraft MSDU functionality and audio. A bunch of other fixes and updates were also added with the change list visible on the alpha build page.