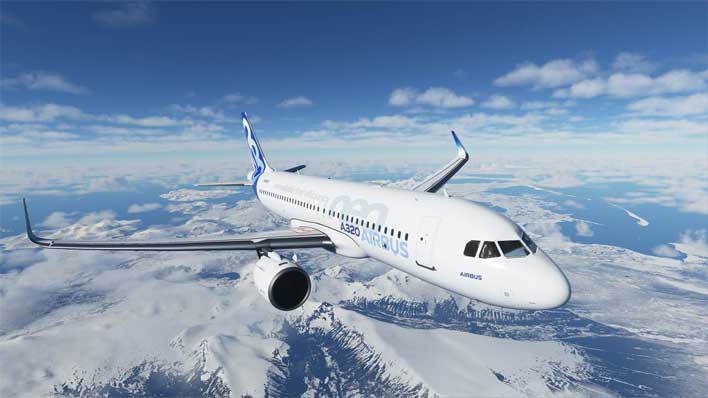 The developers behind Microsoft Flight Simulator 2020 issued another development update that landed on April 9, including some new information on the currently postponed deliverables. By mid-April, the Partnership Series update will be released, while the Episode 8 IFR will be released in late April or early May. The latest development update brings with it a feedback snapshot update and details on a new alpha build.

On the alpha build front, the developers say that a new update is arriving in the next 2 to 3 days. This will ban an update to the existing 1.2.5.0 alpha build and will include a highly requested aircraft, the Airbus A320. The developers will offer build notes on the new update that will be posted as soon as it is released.

With work wrapping up the latest alpha build, the developers are starting to focus on alpha participation. New invitations to join the alpha were sent out starting April 9. On the SDK front, the developers say that over 150 third-party companies are using the SDK and working on updates for the game. This week marked the initial release of WebAssembly support along with an initial release of the in-game aircraft editor.

One of the most important updates is a new feedback snapshot. The developers have addressed all of the top alpha issues with improved controls mapping and a fix for grass scale and appearance. Ground effect aerodynamic sensitivity has been improved, as has the ground friction formula. Other improvements have come to input sensitivity, live weather, flight modeling and ground handling, tree scale, trim sensitivity, and weather. Top Wish List items from fans include more third-party content, AI traffic, ATC, helicopters, peripheral support, seasons, shared cockpit functionality, and VR/track IR.