Folks, we finally have a launch date for Windows 11. Microsoft today announced that its next-generation Windows 11 operating system will launch on October 5th, just over six years after the initial debut of Windows 10.

The announcement was made via a blog post, in which the company explained that "Windows 11 is ready to empower your productivity and inspire your creativity." New PCs with Windows 11 preinstalled will ship on October 5th, and Microsoft will deliver free upgrades to the operating system to "eligible Windows 10 PCs." However, the Windows 11 upgrade process will be different from years past. Instead, the free upgrades will initially only roll out to new eligible devices.

"The upgrade will then roll out over time to in-market devices based on intelligence models that consider hardware eligibility, reliability metrics, age of device and other factors that impact the upgrade experience," said Microsoft. "We expect all eligible devices to be offered the free upgrade to Windows 11 by mid-2022." 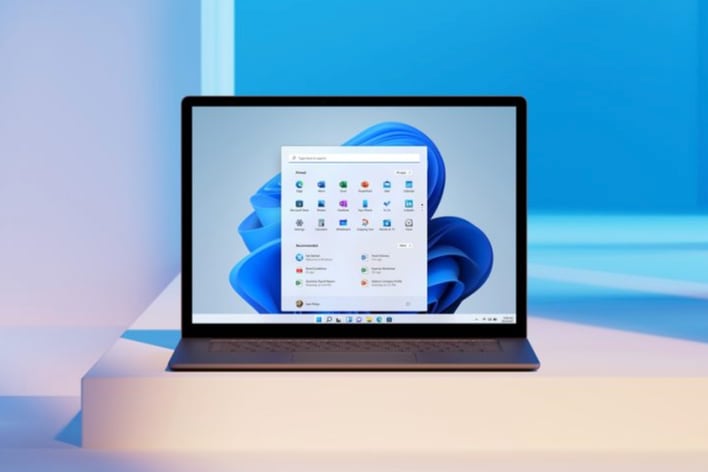 This information is in keeping with previous guidance from Microsoft that Windows 11 upgrades for existing PCs would roll out during the first half of 2022. According to Microsoft, "Windows Update will let you know when it’s available."

You can use Microsoft's PC Health Check Tool to see if your current PC meets the requirements for Windows 11, which are more stringent than prior Windows versions. Not only will your PC need to be TPM 2.0 complaint, but it will need to have an 8th generation Intel Core or AMD Ryzen 2000 (or newer) processor to support an upgrade from Windows 10. Microsoft will allow you to use a Windows 11 ISO for a clean install using an unsupported processor, but that comes with a litany of issues, namely lack of support for Windows Updates.

It was recently revealed that a new release preview of Windows 10 includes a built-in tool within Windows Update to inform users if their system meets the minimum requirements of Windows 11, which are as follows:

Tell us what you think about Windows 11 in the comments below. Are you planning on purchasing a brand new PC with Windows 11 preinstalled around the October 5th release date, or are you simply going to wait it out until expanded upgrade availability arrives in early 2022?