Get Metro 2033, A Post Apocalyptic Survival Game, Free For A Limited Time

Looking for a game to play this weekend? If you head over to Steam, you can claim Metro 2033, the popular post-apocalyptic title developed by 4A Games , for free and it is yours to keep until the world ends for real. That means you could play it this weekend, next weekend, the weekend after that, and...well, you get the point.
Metro 2033 turns 11 years old this month, so it's not exactly a new game by any stretch of the imagination. However, it is still a fun title and worth checking out if you managed to miss it all this time. The PC release holds an 81 score on Metacritic, and "Very Positive" ratings (recent and overall) on Steam. 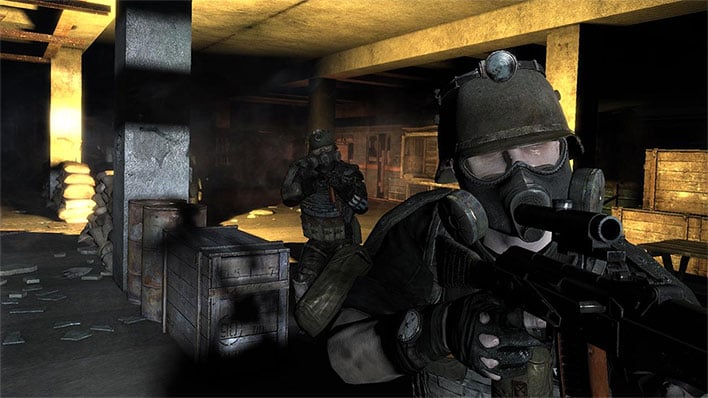 Usually when we report on free games, it is the Epic Games Store that is serving them up. But in this case, Metro 2033 is free on Steam, you just have to grab it by 10:00 am Pacific (1:00 pm Eastern) Monday, March 15. The other caveat is that this is the original release, and not the prettier Metro 2033 Redux, which also adds new features and a better AI.
Still, you can't beat the price. In addition, Metro 2033 Redux is on sale, if you prefer that version, as other games in the franchise...
The Gold Edition of Metro Exodus comes with two bits of DLC, which are also on sale to purchase individually—Sam's Story ($7.19, save 60%) and The Two Colonels ($3.19, save 60%). There's also an Expansion Pass available for $9.99 (save 60%).
Finally, you can purchase the Metro Franchise Bundle for $29.98 (save 71%), which includes Metro 2033 Redux, Metro: Last Light Redux, Metro Exodus, and Metro Exodus Expansion. Your effective savings over buying them individually on sale is 5%.