During the company’s earnings call and Q&A session on Wednesday, Meta CEO Mark Zuckerberg indicated to investors that the next gen consumer Quest headset would be released in 2023. Meta’s VP of finance, Susan Li, also referenced the upcoming launch. This is important news for budding VR enthusiasts, as the popular and affordable Quest 2 is getting long in the tooth, and the recently announced Meta Quest Pro is priced far beyond a casual hobbyist entry point at $1,499.99.
VR enthusiasts were somewhat deflated after the recent annual Meta Connect 2022 conference keynote had been delivered. It wasn’t Zuckerberg’s public speaking skills at issue, though, it was due to the highly anticipated unveiling of 'Project Cambria' as the Meta Quest Pro with its horrendous price tag. Incidentally, Meta’s “work in the metaverse” focused Quest Pro has just started shipping.
During the earnings call, Zuckerberg felt the need to explain the positioning of the Quest Pro, reasoning with investors that “you don't do most of your work on a $500 device.” Yes, we understand that a business laptop might easily cost $1,499.99, but in 2022, and probably for many years to come, it will be a widely useful productivity workhorse, unlike an HMD designed for collaborations and creativity in the metaverse.
In one of the sections of the earnings call about the VR headset side of the business, Zuckerberg explained that Reality Labs expenses will increase meaningfully again in 2023, and one of the biggest drivers of the increased outlay will be “the launch of the next generation of our consumer Quest headset and hiring that's been done in 2022.” 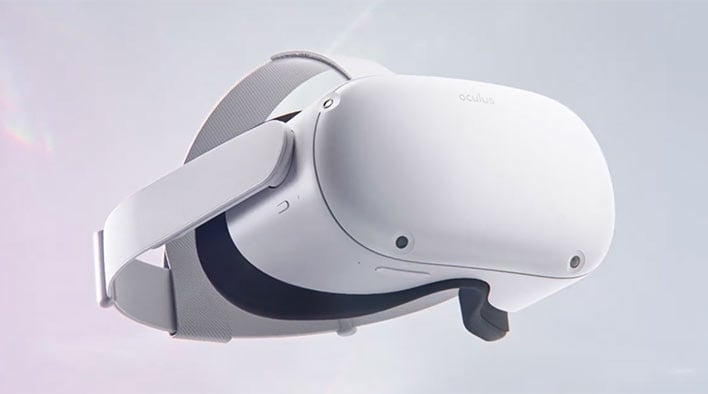 It was interesting to see that Q3 2022 income from the business segment responsible for Quest VR hardware has down by a massive 49%. This was “due to lower Quest 2 sales,” admits Meta (PDF transcript link). We don’t know if this significant downturn in sales was precipitated by the $100 Quest 2 price hike, it could be. Alternatively, the Quest 2 could be at saturations point, and / or people were holding off purchases ahead of the Quest Pro news, or any upcoming Quest 3 news.
If there were any doubts that the CEO slipped up or misspoke regarding the Meta Quest 3 launch, Meta’s VP of finance, Susan Li, also answered questions during the post-results Q&A, and in the answer to a question said that Meta Quest 3 will be launched “later next year.” Now we can only cross our fingers and hope for great hardware spec at highly accessible pricing for the masses.