Just over a week ago, Mercedes-Benz gave us range figures for its EQS luxury electric sedan, and they were impressive with a WLTP rating of 478 miles. Today, the German automaker fully revealed its Tesla Model S fighter, and it's an over-the-top luxury chariot that has few equals when it comes to the details.

While the Model S basks in the simplicity of its design inside and out, the EQS is a tour de force in detailing from its faux grille up front, to its jewel-like headlights, to its overly complex wheels, to the optional two-tone paint scheme (like what you'd find on the Maybach S-Class). The aerodynamic shape of the EQS has a drag coefficient (Cd) of just 0.20, which enhances the driving range compared to its rivals. 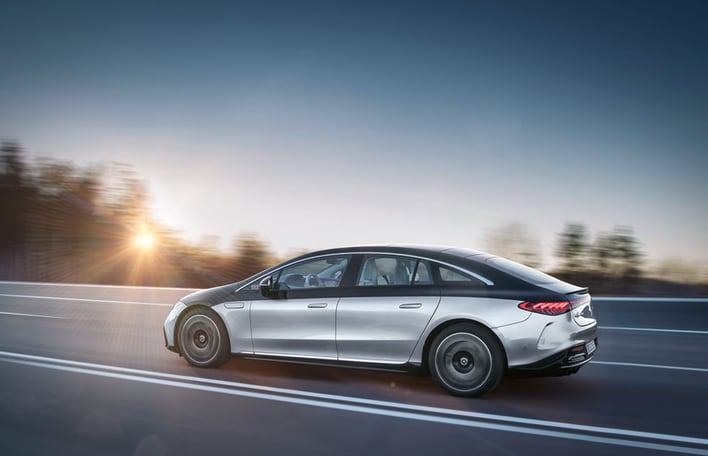 Inside, the EQS makes even the revised Model S look barren. Mercedes aims to impress from the 56-inch Hyperscreen (a combination of three individual displays) to the scrumptious-looking seats (front and back), to the LED accent lighting throughout the cabin, to the augmented reality heads-up display. One thing available in the Model S that you find in the EQS is a frunk (front trunk). The entire "hood" of the vehicle is inaccessible to the vehicle owner, which means refilling the washer fluid is accomplished via an oddball door just aft of the driver's front wheel. 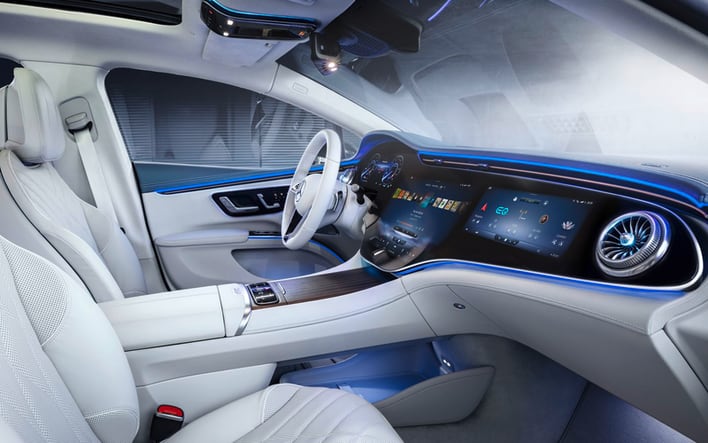 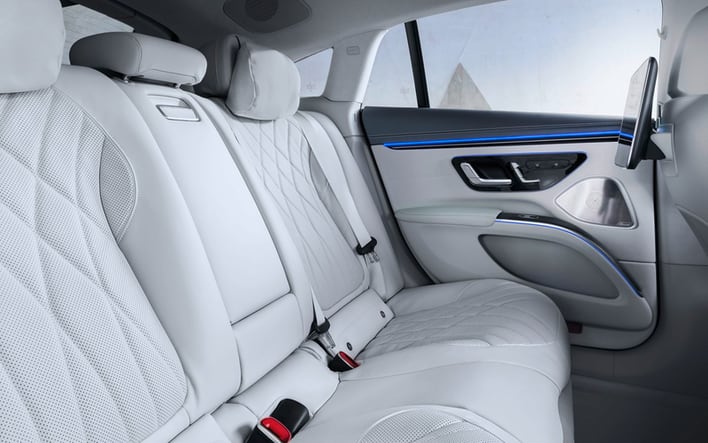 As previously revealed, the EQS will be available in 450+ trim, which provides just a single rear-mounted electric motor. However, the flagship model is the EQS 580 4MATIC, which is all-wheel drive capable thanks to an additional electric motor driving the front axle. Unfortunately, Mercedes still hasn't given us any EPA mileage numbers for the EQS, although the 478-mile WLTP range should translate into around 400 miles (give or take a few miles) thanks to its massive 108-kWh battery pack. 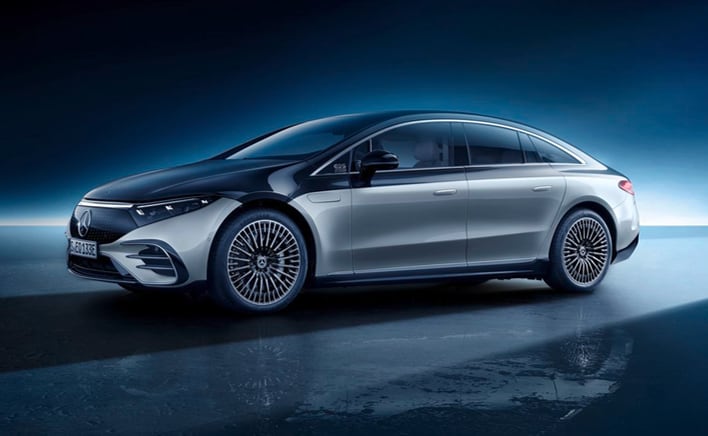 The EQS is expected to land in the United States this fall, but pricing has not yet been announced. However, expect it to cost more than $100,000, which would put it in excellent company with the Tesla Model S Plaid and Plaid+.