Today is a historic day for the National Aeronautics and Space Administration (NASA). Their current mission to Mars is underway. The spacecraft carrying the Perseverance rover and the Ingenuity helicopter was successfully launched this morning at 7:50am EDT.

A United Launch Alliance Atlas V rocket launched from Space Launch Complex 41 in Cape Canaveral, Florida. The launch was overall a success. Dr. Thomas Zurbuchen, NASA's Associate Administrator for the Science Mission Directorate, stated, “We're in touch with the spacecraft, everything is nominal.” 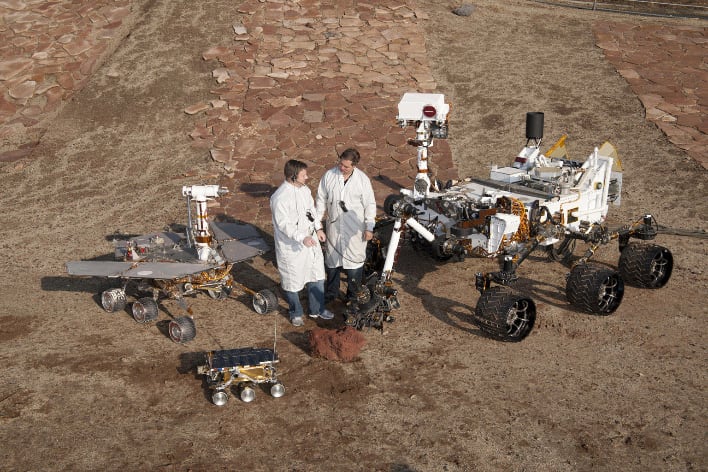 Perserverance is situated on the right in this photo.
The spacecraft is headed to the Jezero Crater on Mars. It should hopefully land February 18th, 2021 and the mission will last one Mars year or roughly 687 Earth days. The main purpose of the mission is to “seek signs of ancient life” and collect rock and soil samples. The Ingenuity helicopter will also be tested during this mission. If the test is successful, this will be humankind’s first powered flight on another planet.

It is believed that the Jezero crater was once flooded with water and included a river delta more than 3.5 billion years ago. According to NASA the crater is “especially rich in carbonates, minerals that, on Earth, help preserve fossilized signs of ancient life.” Any organic material would have decomposed long ago, but there are tools that can indicate whether those life forms ever existed. NASA is currently working with the European Space Agency to bring any samples back to Earth for further investigation. 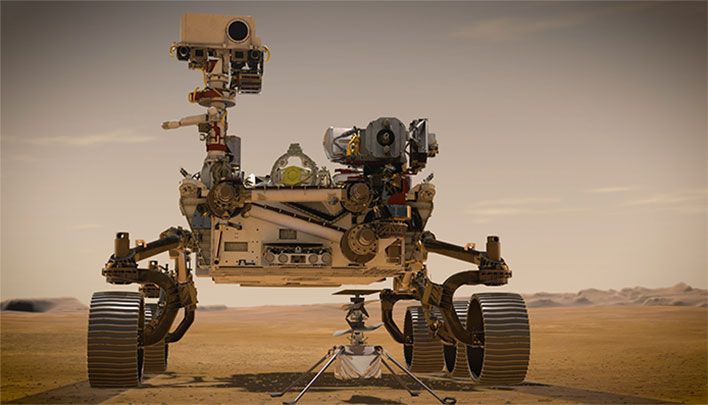 Perseverance also includes a variety of technologies such as the Terrain- Relative Navigation system, Mars Oxygen In-Situ Resource Utilization Experiment (MOXIE), and Mars Environmental Dynamics Analyzer (MEDA). The Terrain- Relative Navigation system allows the rover to navigate and explore rough terrain. MOXIE is able to produce oxygen from Mars' atmosphere. MEDA is able to supply information about weather, climate, and dust. These technologies will be especially essential for potential crewed missions to the Moon and Mars.

The last few months have been a particularly busy year for NASA. NASA and SpaceX launched astronauts Robert Behnken and Douglas Hurley to the International Space Station (ISS) this past May. This was the first time astronauts had been launched from an American rocket on American soil since 2011. The pair should be back on Earth on August 2nd.