Browser extensions like password managers and shopping aids can be very handy tools, or they can be up to no good, such as hidden crypto miners and keyloggers. Some of them even embed game console emulators and ROMs as a means to bypass typical download sites or torrents. In one weird case, however, Microsoft itself advertised illegal copies of many classic games hidden away in browser extensions on its own Edge Extensions store.

Microsoft's @MSEdgeDev Twitter account tweeted a link to download extensions that hosted Sega and Nintendo properties like Sonic the Hedgehog, Super Mario Bros, and Mario Kart 64. Nintendo in particular is often particularly quick to catch illegal downloads of its legacy games and snuff them out. It probably comes as a surprise to nobody to find that the offending bundled emulators and ROMs have now been removed from Microsoft's online extensions repository. 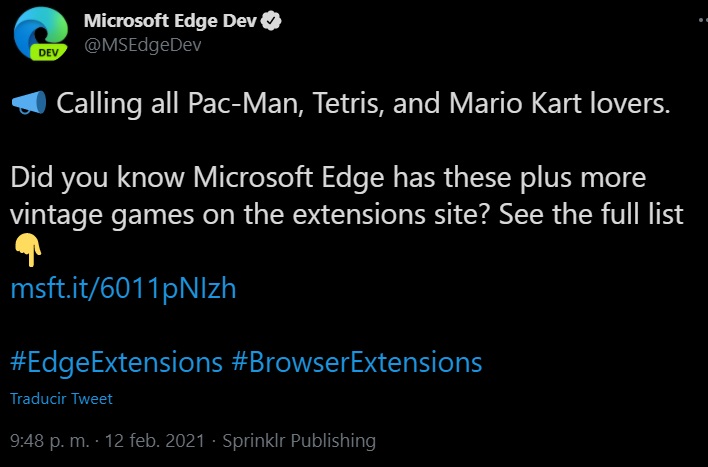 We didn't get to see the tweet for ourselves, but members of the ResetEra forum spotted it and captured a screenshot. One brave user installed the Mario Kart 64 extension from Microsoft's store and posted a screenshot from Edge showing the compressed archive containing the ROM that the extension downloaded. Many of the listings attempted to distance themselves from Nintendo while still offering illicit ROM downloads by posting weasel-worded disclaimers, and weirdly acknowledged that the games were property of their respective owners. That wasn't enough to save them from getting the axe, though.

Emulators themselves are totally legal, thanks to court rulings in the case of Connectix vs. Sony more than two decades ago. However, distributing ROMs by a third party is not at all legal, so that's where these extensions went wrong. Remember that Nintendo pulled the plug on EmuParadise because it was distributing the company's ROMs. Even ports are a dicey proposition, as the author of a Commodore 64 port of Super Mario Bros. found out. 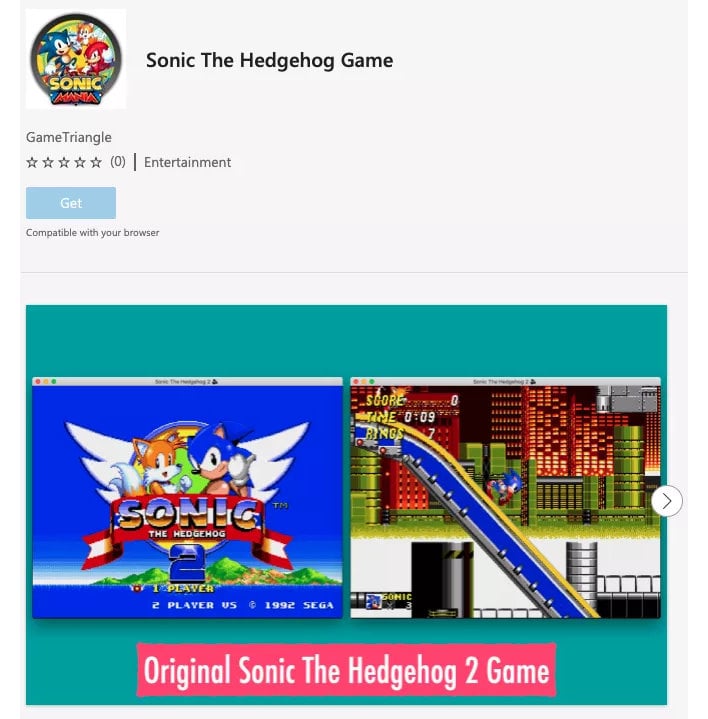 The listing for a Sonic the Hedgehog 2 emulator, now removed

While we haven't  downloaded these extensions for ourselves (and we don't recommend that you do either), it seems unlikely that these extensions were just emulators. Rogue browser extensions routinely pose security threats to their users. Microsoft and Google take a pretty hands-off approach to curating the storefronts that advertise extensions, although once a threat becomes public, those extensions tend to disappear. Such was the case with The Great Suspender, which Google removed from the Chrome store last week. We advise everyone to exercise caution when downloading browser extensions, even from the official download sites provided by the browser's developers.