Back in 2006 when Nintendo first launched the Wii, there were three games worth playing: Wii Sports, The Legend of Zelda: Twilight Princess (also on the GameCube), and Rayman Raving Rabbids. Ubisoft's title was the first third-party attempt at motion controls and was a blast in multi-player. The series featuring weird rabbit-like creatures and mini-games has persisted over the last fifteen years, and Mario + Rabbids Kingdom Battle on the Nintendo Switch was a big leap forward, featuring a crossover with Nintendo's most famous franchise and revamped, meatier gameplay. It's no surprise that a sequel is in the works.

What is a surprise, is that Nintendo set a Mario + Rabbids 2: Sparks of Hope page on its eShop live a bit early, ahead of its apparent scheduled E3 reveal. The sequel won't be available until 2022. Based on the three screenshots included in the listing, it seems that there are new Rabbid versions of main Mario universe characters, including Rabbid Luigi and Rabbid Peach. There will be "some familiar enemies" and brand new bosses that will challenge players on a "galactic journey to defeat a malevolent entity and save your Spark companions." 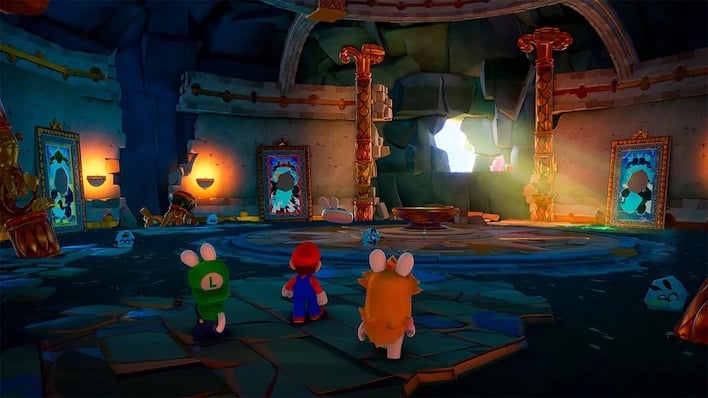 The game will feature a roster of nine playable characters at the start. The previous Mario + Rabbids entry had plenty of DLC that added playable characters after the fact, however, so there will likely be more. Players will build their parties of three from the playable roster, and each character will have unique special abilities and team maneuvers. Nintendo also describes the game as, "Team up with Mario, Luigi, Princess Peach, Rabbid Peach, Rabbid Luigi, and their friends on a galactic journey to defeat a malevolent entity and save your Spark companions. Explore planets throughout the galaxy as you uncover mysterious secrets and compelling quests!", along with the following list of features... 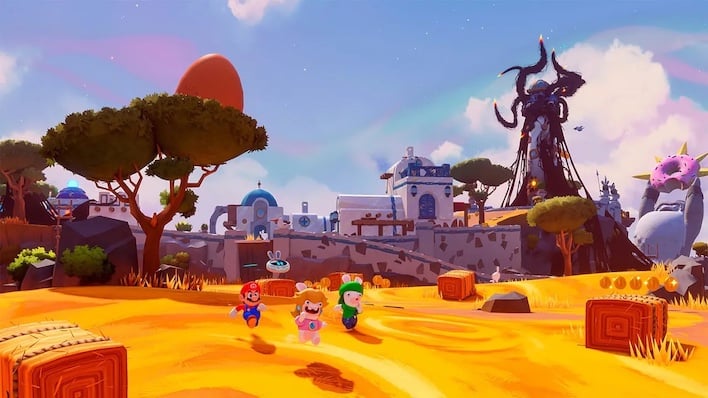 Presumably the listing went live before it should have, and Nintendo has noticed its mistake, so the Mario + Rabbids 2 page is now empty. However, nothing escapes Google's cache, and the listing can still even be viewed at Nintendo's own site. It's possible Ubisoft will unveil the game at its E3 2021 presentation, Ubisoft Forward, later today at 3 PM Eastern / noon Pacific. Nintendo has its own E3 event scheduled for 12 PM Eastern / 9 AM Pacific on Tuesday, June 15.