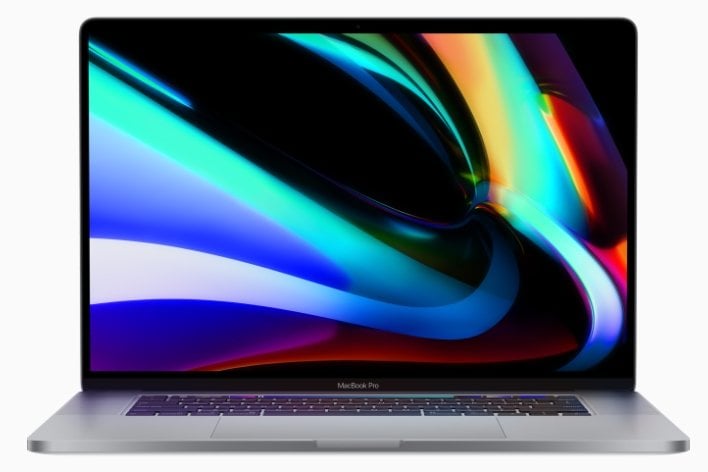 Apple may be ready to add a "free" performance boost to its MacBook and MacBook Pro laptops in a future software update according to references found in beta macOS Catalina code. The latest build of the macOS Catalina 10.15.3 beta makes reference to what Apple calls "Pro Mode", and it will apparently be user-configurable.

According to 9to5 Mac, the new strings related to Pro Mode can be traced directly to macOS' power management system. With the new strings, Apple provides the following warning for those that attempt to enable Pro Mode: "Apps may run faster, but battery life may decrease and fan noise may increase."

There are also options to keep the fans running at a higher RPM until the following day, and to completely override fan speed limits. The increased fan speed (and noise generated as a result) is most definitely a side-effect of the system trying to keep thermals under control and prevent the machine from cooking itself to death.

Apple already ran into CPU throttling issues with the previous generation 15-inch MacBook Pro, but was able to alleviate those concerns with the larger 16-inch MacBook Pro that features an overhauled cooling system while using the same Intel Coffee Lake-based processors as its predecessor.

While professionals (and gamers to a lesser extent) may appreciate the performance gains, we'd have to imagine that most will only want to run Pro Mode when plugged in to a wall due to the increased power drain.

In other Mac news, it was reported earlier this week that a new MacBook model made its way to the EEC, and it’s rumored to be a 13-inch (or 14-inch) MacBook Pro with a scissor-style keyboard.