Another gaming handheld has entered the market, as Logitech announces the launch of its cloud enabled Logitech G CLOUD Gaming Handheld. The new device is being billed as "a purpose-built gaming device for cloud gaming," and you can pre-order one now at a $50 savings.

Valve has been impressing gamers with its Steam Deck mobile handheld. While it experienced a bit of a rough launch due to availability, the company has been making improvements in its ability to deliver the device to those who are wanting one, with expected delivery dates between September and December of this year. Now, Logitech is looking to jump into the handheld arena with its own gaming device. The Logitech G CLOUD Gaming Handheld is currently available for pre-order, with a release date in October 2022.

Logitech's new mobile gaming handheld will include a full 1080p HD screen, precision controls, and a 12+ hour battery life, according to the company. The major difference between this device and the Steam Deck, is that Logitech's handheld is built strictly for cloud gaming.

"Cloud gaming is a super-exciting new way to play games. I love that you can access game libraries from anywhere," remarked Ujesh Desai, Vice President and General Manager of Logitech Gaming. "What we wanted to do was challenge ourselves to build a device that was perfectly optimized for cloud gaming." 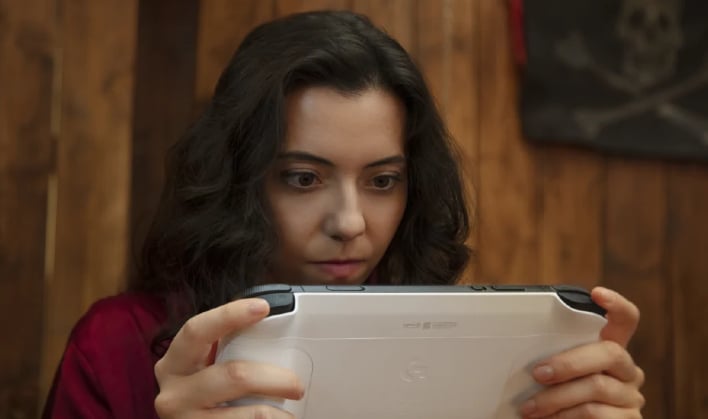 The display is a 7-inch IPS LCD, with a resolution of 1920x1080 (16:9 ratio). It is rated at 450 nits typical brightness and has multi-touch capability. The compute power is delivered by a Qualcomm Snapdragon 720G Octa-core 2.3 GHz CPU. It will include a stereo speaker, stereo microphone (featuring echo canceling and noise suppression), as well as a 3.5mm headphone jack and 5.1 Bluetooth capability. In terms of Wi-Fi connectivity, the device will support Dual-band Wi-Fi radio, 2.4GHz and 5GHz signals, along with 2 x 2 MIMO and IEEE 802.11a/b/g/n/ac.

The new handheld was developed in partnership with Tencent Games and will support games from Xbox Game Pass Ultimate and NVIDIA GeForce NOW. Other avenues to play your favorite games will include being able to access local games from an Xbox console, Steam games via SteamLink, or by downloading remote play apps and other media on the Google Play Store.

Between the Xbox games that will be available, and PC games supported by GeForce NOW, gamers will have plenty to choose from. However, the downside will still be that you will need a good Wi-Fi connection if you want to play games smoothly. This could be a challenge when traveling, even though public Wi-Fi connections are available in many areas. The other thing to consider will be how well the two services work in the area you intend on using the device. Not everyone has a great experience, due to distance from the closest server available.

With all that said, it is nice to see more competition in this area for gamers. Currently you can pre-order the G CLOUD Gaming Handheld on Amazon at a $50 discount, bringing the asking price down to $349. There is also the option to purchase the handheld for limited time on Logitech's website for $299.99.