LG on Thursday launched two sets of wireless earphones, one of which comes with a slim "UVnano" charging case that zaps germs and bacteria away with ultraviolet (UV) light, as its name implies. According to LG, this eliminates 99.9 percent of E. coli and S. aureus from the non-toxic, hypoallergenic silicone ear gel and inner mesh. It also gives these a leg up over the competition, namely Apple's AirPods family.

Earbud sanitation is something most people probably do not put much thought into, at least when using their own pair. But they do get exceptionally dirty at the microscopic level. Citing a study from 2018, LG says in-ear headphones carry six times more bacteria than a kitchen sink. The same study also claims earphones have 330 times more bacteria than a kitchen countertop, and 2,708 times more than the average kitchen cutting board. 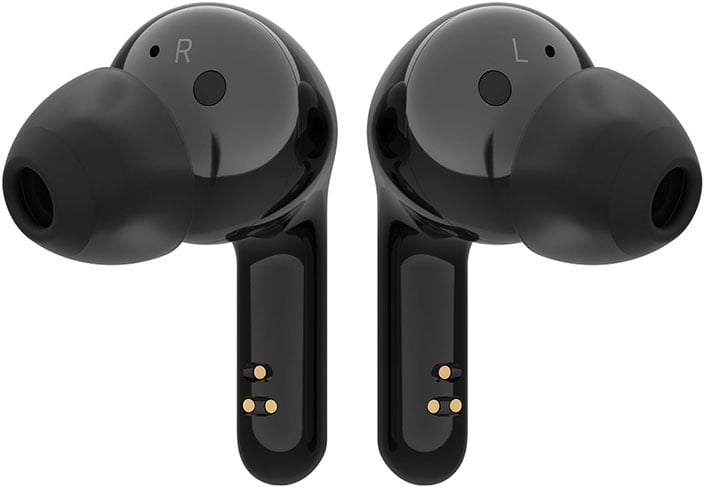 The UVnano case comes with the "higher end" TONE Free HBS-FN6 earphones that is available in "Stylish Black" and glossy "Modern White." In addition to booting away bacteria, the case is capable of providing up to an hour of listening time after charging for just five minutes, LG says. When fully charged, both the HBS-FN6 and HBS-FN4 last up to six hours. The case holds enough juice to charge the earbuds three times.
Here is a rundown of the specifications... 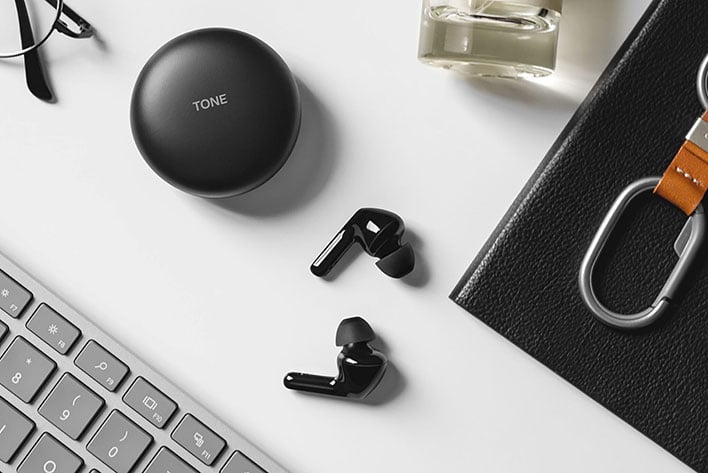 It's not clear if anything else separates the HBS-FN6 from the HBS-FN4 other than the inclusion of a self-cleaning charging case. Both TONE Free models come equipped with Meridian's HSP (Headphone Spatial Processing) technology, along with customized EQ settings developed by Meridian. They also accept voice commands (with support for Google Assistant and Siri). However, there is no mention of there being active noise cancellation on either model.

LG's latest earbuds are rated IPX4 for protection against splashing water, rain, sweating while working out. As to how they actually perform, however, we will reserve judgement until we have had a chance to test them out for ourselves.
The new earphones will be available sometime next month. Pricing has not yet been announced.