We thought that TCL had hit rock bottom -- at least with regards to pricing -- with its new 10 5G UW smartphone that is exclusive to Verizon Wireless. Not only does the phone support sub-6GHz, but it also supports mmWave 5G for a mere $399. However, LG must have been sitting back and grinning, because it knew that it was about to release a bombshell with its new K92 5G.

The K92 5G can be had for as little as $359, which is a new low for 5G-capable smartphones available within the United States. However, to get to that price point, LG is using the entry-level Qualcomm Snapdragon 690 SoC, rather than the brawnier Snapdragon 765G found in the TCL 10 5G UW. That also means that it loses out on mmWave support, which isn't much of a loss considering that only Verizon has focused the bulk of attention attention to those bands for its nationwide 5G network. This is also the same SoC that is also found inside the new OnePlus Nord N10 5G.

Once we look past the 5G support and Snapdragon 690, this a pretty run-of-the-mill mid-range smartphone with 6GB of RAM, 128GB of internal storage (expandable to 2TB via microSD), a 6.7-inch FHD+ display with a hole punch cutout for the 16MP selfie camera), quad rear cameras, and a capacious 4,000 mAh battery. Other niceties include a fingerprint reader mounted on the side of the device and stereo speakers with LG’s 3D Sound Engine. 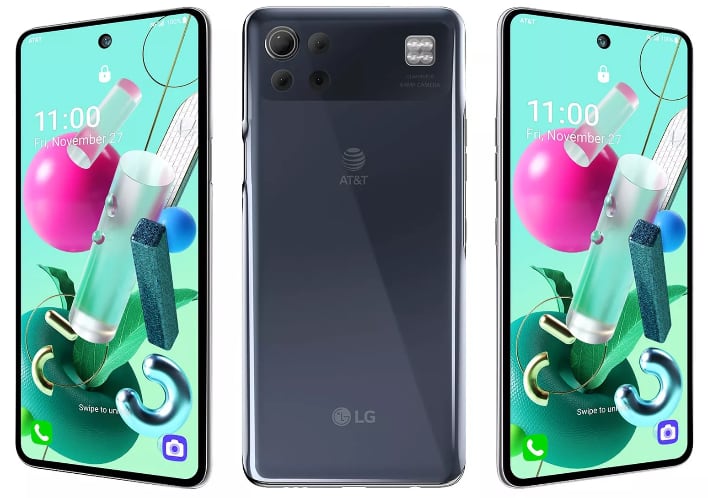 If there's any downside to this seemingly approachable and inexpensive smartphone, it's that it will only be available on AT&T/Cricket and U.S. Cellular. It will be priced at $395 at AT&T, while Cricket will offer it for $359. U.S. Cellular, on the other hand, has priced the smartphone at $350, but you can get it for free "after $350 in bill credits."

AT&T and Cricket will start selling the smartphone on November 6th, and U.S. Cellular will get its chance on November 19th. While the LG K92 5G won't win any speed contests or impress with a well-rounded feature set, it will serve as an easy sell for customers that walk into an AT&T or U.S. Cellular store looking for the cheapest way to access that "newfangled" 5G technology.