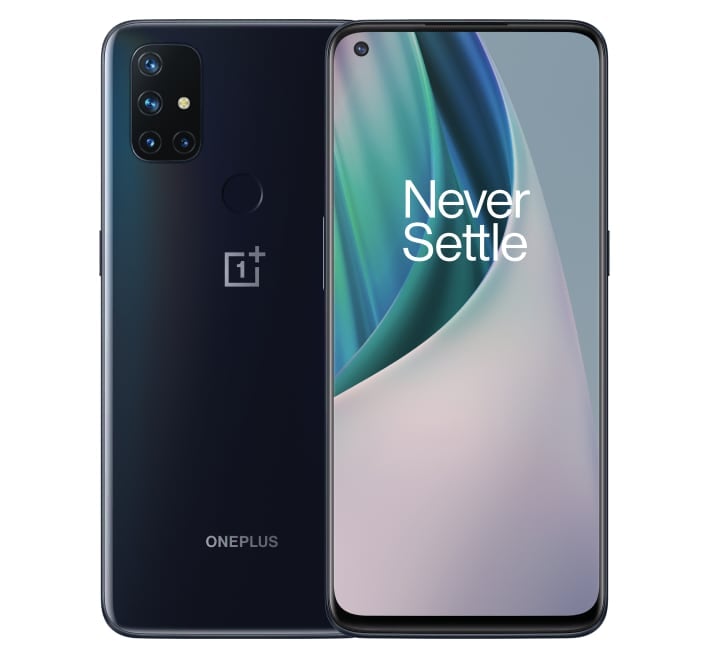 Over the summer, OnePlus introduced its rather intriguing Nord smartphone which offered a mid-range Qualcomm Snapdragon 765G 5G chipset, a beautiful 90Hz OLED display, and value pricing (around $499). However, OnePlus did not specifically market the smartphone for the U.S. market, which many saw as a mistake that needed to be rectified.

Fast forward to today, and the OnePlus Nord N10 5G is being introduced, and yes, it will be available here in the United States. The Nord N10 5G includes a 6.49-inch Full HD+ 90Hz display, 6GB of RAM and 128GB of storage. Interestingly for a OnePlus device, it's also expandable to 512GB with a microSD slot. The company has incorporated a 4,300 mAh battery that supports Warp Charge 30T, so you shouldn't have to worry about limping through the day with low power in regular use.

There's a 16MP selfie camera up front along with four cameras on the back (main, ultra-wide, macro, and monochrome). You'll also find a rear-mounted fingerprint sensor in place of the in-display readers typically found on today's Android smartphones. Running the show is Qualcomm's newly introduced "budget" Snapdragon 690 5G SoC, which is a step down the ladder from the Snapdragon 765 series.

Intriguingly, OnePlus is going even further down into entry-level territory with the OnePlus Nord N100. This would be the company's cheapest smartphone to-date, but will still pack in a 6.52-inch display and a large 5,000 mAh battery (18W charging supported). As you might expect, there's an even bigger drop-off in performance thanks to the inclusion of a Snapdragon 460 SoC, and you miss out on 5G connectivity. The SoC comes backed with 4GB of RAM and 64GB of internal storage. Like the Nord N10, the Nord N100 supports expandable storage along with a rear-mounted fingerprint sensor.

The OnePlus Nord N10 and Nord N100 will be ordered first in Europe priced at ​£329 ad ​£179 respectively. Availability and pricing for the North American market "will be shared at a future date."