A frog, astronaut, and physicist walk into a… low-gravity research facility? Chinese scientists have recently developed an artificial moon setting that will be used to test technology and train astronauts in a low-gravity environment. The facility is already unique, but its origins make it even more so. The Chinese artificial moon setting was inspired by an experiment with a levitating frog, if you can believe that. More on this shortly.

The artificial moon research facility is based in Xuzhou, Jiangsu, China and should open some time in 2022. The facility utilizes two powerful magnets within a two foot-diameter vacuum chamber to mimic the moon’s low gravity environment. Rocks and dust like the kind that would be found on the Moon have also been added to fully complete the simulation. 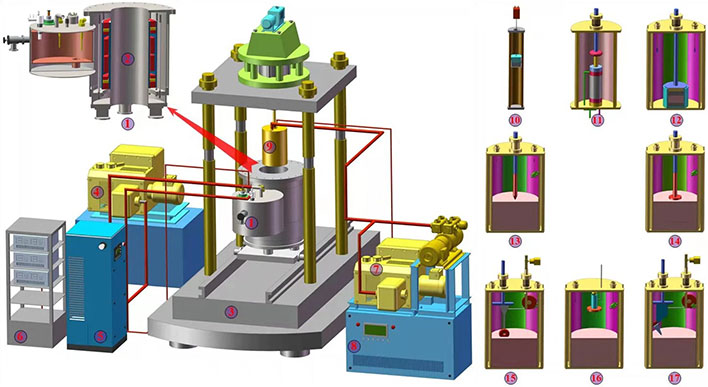 The artificial moon research facility is based on the experiments conducted by Sir Andrei Konstantinovich Geim, the Regius Professor of Physics and Royal Society Research Professor at the National Graphene Institute in Manchester, United Kingdom. He was awarded an Ig Nobel Prize in 2000 for being able to levitate a frog with magnets. The frog was able to float due to a phenomenon known as diamagnetic levitation.

The facility will be used to test various kinds of technology in low-gravity environments, including whether or not a 3D printer could potentially be used on the Moon. Li commented, "Some experiments such as an impact test need just a few seconds, but others such as creep testing can take several days." The facility will be an essential part of the Chinese Lunar Exploration Program (CLEP) or Chang’e Project. China plans to explore the lunar south pole as part of the Chang’e 6 and Chang’e 7 missions in 2024. They hope to establish a lunar research station by 2029 and send astronauts to the Moon by 2030.