Lenovo's bringing out the big fireworks this year to celebrate ThinkPad's 30th anniversary. At the 2022 Mobile World Congress, the company announced top-to-bottom refreshes of most of its laptop products, including ThinkPads, ThinkBooks, and IdeaPads. We'll have a gander at the IdeaPad models in a bit, but for now, let's check out the latest upgrades to Lenovo's Think- series models.

Lenovo refreshed its ThinkPad X1 family at CES, but those updates didn't include the X1 Extreme. Now in its fifth-generation incarnation, the revised ThinkPad X1 Extreme comes strapped with Intel's 12th-generation H-series processors. Those are the fastest and most powerful laptop chips that Intel sells, with a TDP of 45W and up to 14 CPU cores turboing up to 5.0 GHz. Lenovo specifically notes that the Extreme can be had with a Core i9, although it didn't specify if that includes the range-topping (and overclockable) Core i9-12900HK. 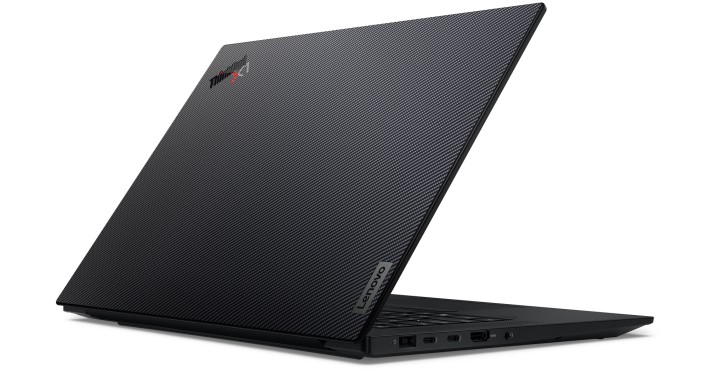 The memory is expandable, and its two SO-DIMM slots can be filled with a pair of 32GB modules from the factory, giving you 64GB of DDR5 on the go. A pair of PCIe 4.0 M.2 sockets can each accept a 4TB NVMe SSD, maxing out your storage at 8TB. If you need even more storage, you can use one of the laptop's pair of Thunderbolt 4 ports, or slap an SD Express card in the SD card slot.


Taken as a complete package, the ThinkPad X1 Extreme is aptly-named—an extremely high-performance laptop that makes no compromises, and should serve for just about any use case. It packs all this puissance into a package just ¾" thick and slightly over 4 pounds. Not bad for a laptop that packs real AAA-in-4K gaming prowess.
For those without the dosh (or desire) for such a machine, we move over to the meat-and-potatoes of Lenovo's ThinkPad lineup: the T-series. Lenovo says these are its most popular models, and it's not hard to see why. The T14 and slightly-slimmer T14s are getting refreshes, and the company is also introducing a bigger and badder T16 model. All can be had with your choice of Intel or AMD CPUs; just look for the little "i" at the end of the model number, which indicates an Intel-powered portable.
That gives us a total of six Thinkpad T models being refreshed or introduced (T14, T14i, T14s, T14si, T16, T16i), so we're not going to go over all of them in exhaustive detail. Overall, the ThinkPad T models are practical and pragmatic business laptops that come with your choice of low-power CPUs from 12th-gen Intel Core or AMD Ryzen 6000 PRO families. The Ryzen chips get LPDDR5-6400 memory to accelerate their integrated graphics, while Intel systems have the option of a discrete GeForce MX550 or RTX 2050.

All of these models accept a single M.2 SSD with PCIe 4.0 x4 connectivity; standard options top out at 2TB. These machines also have four Type-C ports, although on the Intel systems they're both Thunderbolt 4, while the AMD systems have to settle for USB 4.0. Wi-Fi 6E is standard, and 4G LTE is available on all models, but the slim T14s models also have a 5G WWAN upgrade available. Notably, the T16 has a massive 86-WHr battery option.


Lenovo's also revealing a couple of ThinkBook models that are getting spruced-up. The ultra-portable ThinkBook 13si is entering its 4th generation, gaining an update to Intel's 12th-gen CPU family and dual-channel LPDDR5 memory options up to 32GB. The CPU's integrated Iris Xe graphics will serve to drive the 13.3" display, which can be a Dolby Vision-certified IPS LCD in 1920×1200 or 2560×1600, with or without touch capability. 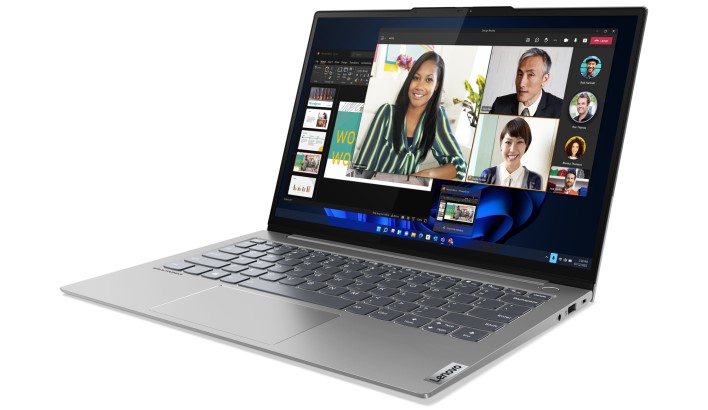 The name of the game with the ThinkBook 13si is "thinner and lighter," and this machine delivers on that promise to be sure. Barely over ½" thick when closed and coming in at under 3 pounds despite having an aluminum chassis, the ThinkBook 13si is small enough to come along anywhere. Despite its trim dimensions, it comes with a 56-WHr battery that Lenovo says will let it run for over 11 hours at a stretch.

Meanwhile, the ThinkBook 14s Yoga is a 2-in-1 convertible laptop. The new version naturally steps up to Intel's latest and greatest, although this machine comes with DDR4 memory in SODIMM form rather than soldered-down DDR5. That's a bit of a bummer given its reliance on integrated graphics, but it should serve well enough for the FHD IPS touch display.


Aside from the 360º hinge, of course, the stand-out feature for the ThinkBook 14s Yoga is definitely its support for dual M.2 SSDs. Lenovo will sell you the machine with a pair of 1TB drives, although we'd expect you can pack more than that in with aftermarket upgrades. Lenovo says the 60-WHr battery will run the machine for "up to 8.6 hours." 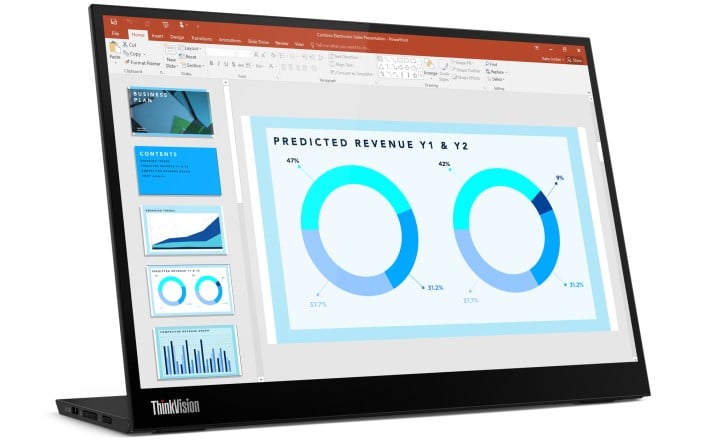 A lot of us who work primarily on PCs prefer to use multiple monitors to extend our screen space. That's difficult to do with a laptop, but it becomes a lot easier with a portable display like the ThinkVision M14d mobile monitor. This 14" IPS display has a resolution of 2240×1400, and it gets its power and video connection from a single USB Type-C cable. More impressive is that it can pass-through USB and power to a second USB Type-C port.