Lenovo is looking to break barriers with two new ThinkPad entries that advance the mobile market in completely different ways. The first is the more traditional ThinkPad X1 Nano, which is the lightest ThinkPad that the company has ever created, while the second is the equally fascinating ThinkPad X1 Fold. We've talked about the ThinkPad X1 Fold on a several occasions previously, but the company now is ready to open the device up for preorders.

The potent Core i7 processors can be paired with up to 16GB of LPDDR4x memory, and up to a 1TB SSD. As you might expect, Wi-Fi 6 comes standard on the new ultraportable laptop, while 5G connectivity is optional (although Lenovo doesn't specify who's making the 5G modem). You can also opt for a lesser 4G LTE modem if you don't need or care about 5G access. Given that Tiger Lake platform, you also won't be surprised to find dual Thunderbolt 4 ports for connectivity and power. 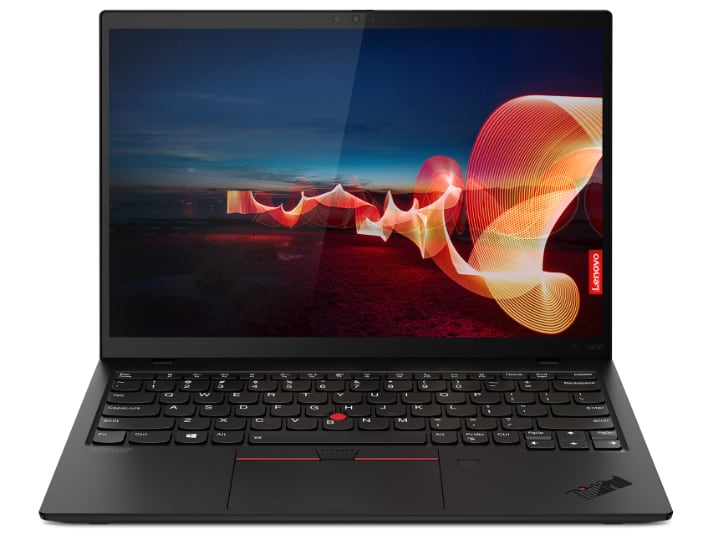 As for the display, Lenovo has chosen a 13-inch Dolby Vision panel with a 16:10 aspect ratio. The 450-nit panel has a resolution of 2160x1350 and is available in both touch and non-touch configurations to suit your preference. Other odds and ends include a refreshed suite of onboard ThinkShield security features including a Match on Chip Fingerprint reader and enhanced voice recognition with human presence detection. 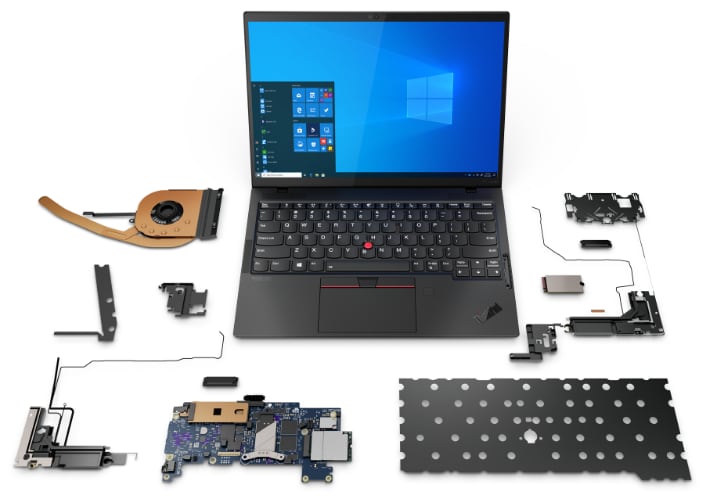 And despite its small stature, the ThinkPad X1 Nano boats up to 17.3 hours of battery life thanks to its integrated 48 WHr battery.

According to Lenovo, the ThinkPad X1 Nano will be available soon with a starting price of $1,399.

We first got a chance to sample the ThinkPad X1 Fold way back at CES 2020... well before the COVID-19 crisis interrupted the everyday lives of hundreds of millions of Americans. Lenovo presented the ThinkPad X1 Fold as the world's first Windows 10-based PC with a foldable display, and it’s quite a sight to behold. 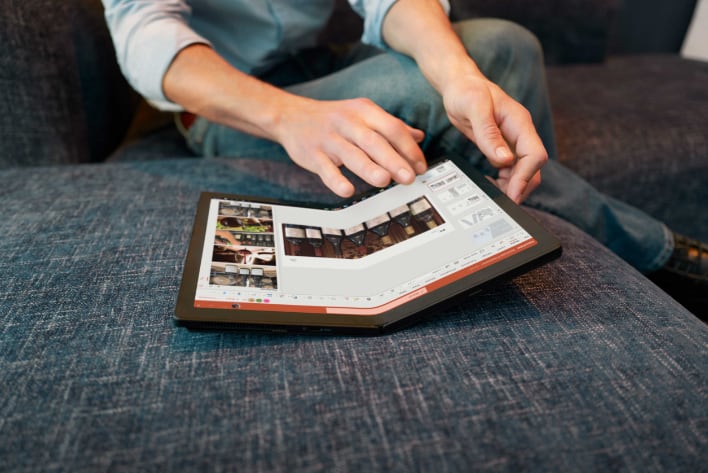 The OLED display measures 13.3 inches across, and folds in the middle to shrink its dimensions for travel. The display features a 4:3 aspect ratio with a resolution of 2048x1536, which is quite respectable for this class. The display can be positioned in a number of different poses, and you can use it as a single continuous screen, or as two 9.6-inch displays if you choose. 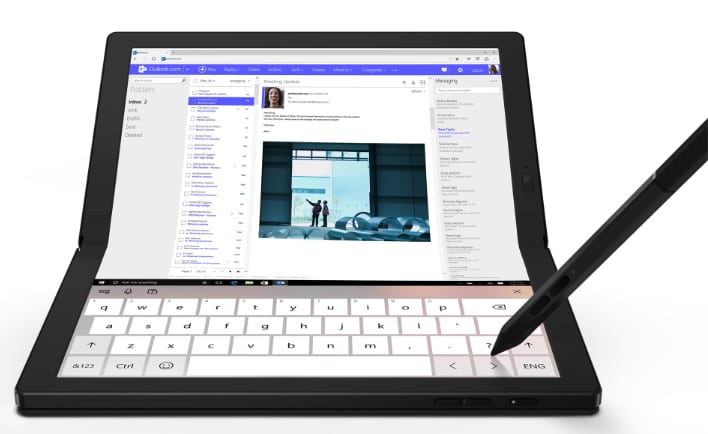 Lenovo says that the ThinkPad X1 Fold is not a laptop, but rather a segment-bending device that can be morphed into whatever you need it to be. This is how, Jerry Paradise, Vice President for Commercial Portfolio at the Lenovo PC and Smart Devices Group describes the ThinkPad X1 Fold.

Fold it into a book and scan your social media posts. LinkedIn on the left side and Twitter on the right, or simply relax and read the latest blockbuster novel. But then an email comes in from the boss. She wants to review the quarterly sales tracker presentation. Quickly turn X1 Fold into laptop format (but remember, it’s not a laptop!) and connect to the video conference on the upper half of the display, while you review the presentation on the lower half.

Use the pen to make those all- important annotations. When you get to your appropriately social-distanced face to face board meeting, you can open the Fold up tablet-style to clearly present the sales tracker on the 13-inch display and simultaneously connect to the larger meeting room monitor. On the way to the airport, take advantage of 5G to video conference the family and then stream your favorite show while waiting to board your flight.

The ThinkPad X1 Fold is powered by Intel's relatively new Lakefield hybrid SoC platform which is big on power efficiency, but not so much on performance (check out our comparison review of the Samsung Galaxy Book S in both Lakefield and Snapdragon 8cx configurations for performance benchmarks). Lakefield is part of Intel's 10th generation processor platform, so it also misses out on Iris Xe graphics and Thunderbolt 4 support. 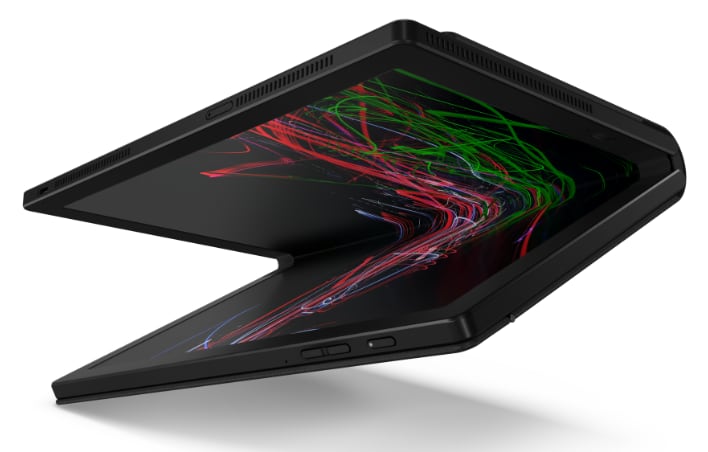 The Lakefield processor is paired with just 8GB of LPDDR4x memory and up to a 1TB SSD, and you can get both Wi-Fi 6 connectivity along with support for 5G wireless networks. Lenovo also indicates that the 50 WHr battery is good for up to 11 hours of runtime before it conks out.

The ThinkPad X1 Fold is now available for preorder, and is priced from $2,499 in base configurations.