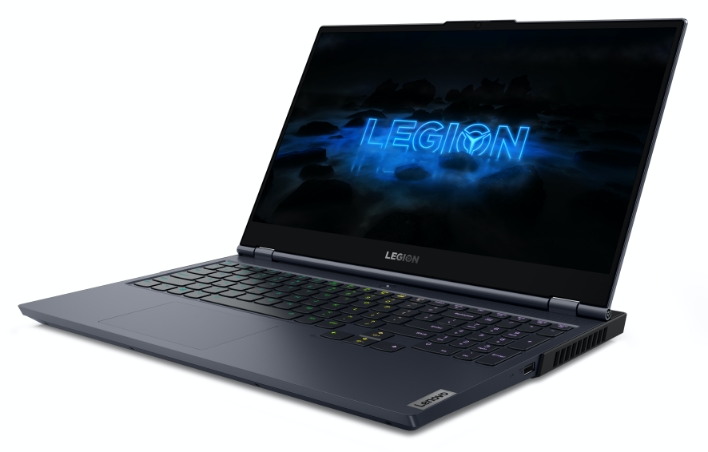 It’s time for Lenovo’s spring refresh of its gaming laptops and desktops, and the company is going all out with its Legion family. The devices are available in a wide mix of configurations and CPU options (from both AMD and Intel), so let’s get started.

At the head of the family is the Legion 7 laptop, which comes equipped with a 15.6-inch Full HD display. Gamers will have their choice of either a 144Hz or 240Hz display, each of which have a 500-nit brightness rating and HDR 400 compatibility. The display is backed by NVIDIA GeForce GTX and RTX discrete GPUs, topping out with a GeForce RTX 2080 Super.

On the computing front, the 4.62-pound Legion 7 is available with 10th generation Intel Core i7 or Core i9 processors, paired with up to 32GB of RAM, and you can also configure the system with up to a 1TB PCIe NVMe SSD. Lenovo has outfitted the Legion 7 with a Coldfront 2.0 vapor chamber cooling system with dual fans, which has been improved over previous versions. New this time around is what Lenovo calls Dual Burn support, which the company says “pushes the CPU and GPU to their in-game limits so that gamers can experience more predictable FPS (frames per second) without the need for thermal throttling.”

The Legion 7 starts at $1,599 and will be available starting next month.

Legion 5i and Legion 5 Gaming Laptops

Moving down the range, we have the Legion 5i and Legion 5. The Legion 5i goes with 10th generation Intel core processors (Core i5 or Core i7), and is available with up to 16GB of DDR4 memory and a 1TB PCIe SSD. The 15.6-inch Full HD display can be had in refresh rates ranging from the run-of-the-mill 60Hz refresh rate on up to 240Hz with NVIDIA G-SYNC support. Up to an NVIDIA GeForce RTX 2060 discrete GPU is supported.

The Legion 5, on the other hand, makes use of AMD Ryzen 5 or Ryzen 7 4000 processors with 8GB of RAM and up to a 1TB SSD. The AMD models aren’t nearly as well stacked as their Intel counterparts, as 15.6-inch Full HD display options top out with 120Hz refresh rates and the best discrete graphics card that you can get is the GeForce GTX 1650 Ti.

There will also be a 17-inch Legion 5i, which will sport 10th generation Core i7 processors, up to 16GB of RAM, up to a 1TB PCIe SSD and a Full HD Dolby Vision panel that supports up to a 144Hz refresh rate. All of the Legion 5i and Legion 5 notebooks feature Legion TrueStrike Keyboards, Windows Precision trackpad, and Coldfront 2.0 cooling. The 17-inch Legion 5i brings in an optional 80 WHr battery and Rapid Charge Pro technology (0% to 50% charge in 30 minutes).

If desktops are more up to your speed, there’s the Legion Tower 5i, which also comes with 10th gen Intel Core power (although Lenovo indicates that AMD Ryzen power will be offered later in 2020). This gaming desktop can be had with up to 32GB of RAM, up to a GeForce RTX 2070 Super GPU, and up to a 1TB SSD.

The mATX chassis is available in Phantom Black, and can be spruced up with an optional transparent side panel, optional RGB lighting, and an optional liquid cooling setup for the processor.

The Legion Tower 5i is coming in May priced from $799.