Over the past few weeks, Amazon has been spilling the beans on upcoming ASUS Tiger Lake-H gaming laptops. Today, it's Lenovo's time in the spotlight, and we can't blame Amazon for the leak this time. In fact, it was Lenovo itself that briefly listed the specifications for its upcoming Legion 5 Pro gaming laptop (and made it available for purchase).

The Legion Pro 5 is powered by up to a current-generation AMD Ryzen 7 5800H Zen 3 processor. It also has a 16-inch QHD display (2560x1600, 16:10) with a 165Hz refresh rate and is compatible with NVIDIA G-SYNC and AMD FreeSync. However, the more interesting news confirmed by Lenovo's product listing is the appearance of two unannounced NVIDIA GeForce RTX 30 Series mobile GPUs. While we have already confirmed the existence of both the GeForce RTX 3050 and GeForce RTX 3050 Ti, we didn't have concrete specs for either until now. 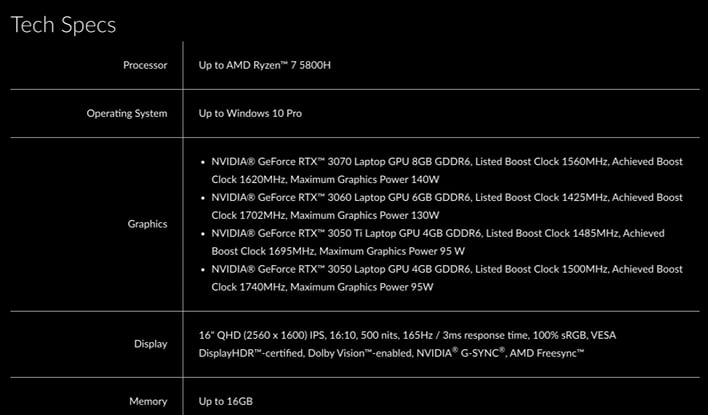 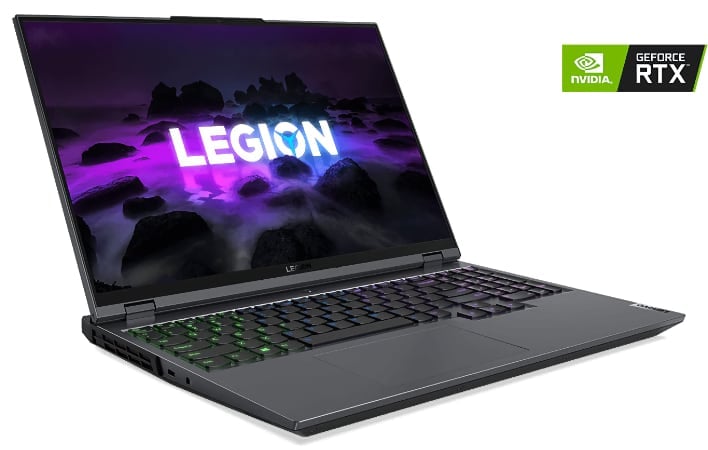 At this point, the launch of these new GeForce RTX 3050/3050 Ti GPUs and new Tiger Lake-H gaming laptops seem to be imminent. We're seeing way too many leaks for this to be a coincidence, and the fact that Lenovo was offering the laptops for sale with the GPUs shows just how close we are.