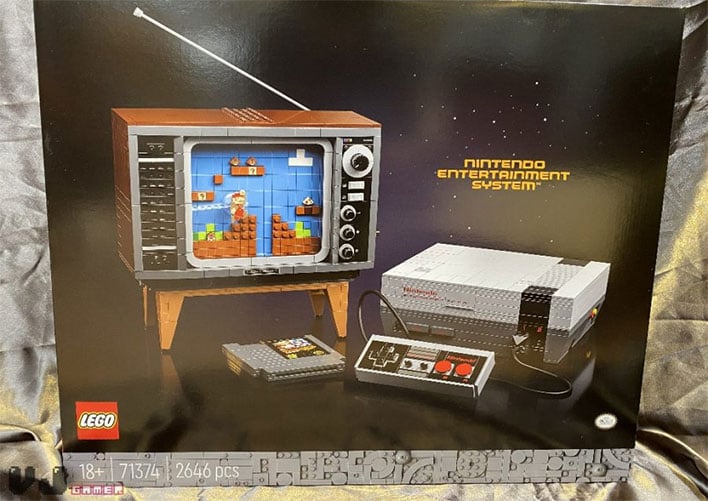 Part of LEGO's collaboration with Nintendo looks like it will entail a Nintendo Entertainment System (NES) set with a whole bunch of blocks, which when assembled will become a replica of the vintage console. Not only that, you'll be able to slide in a LEGO cartridge of Super Mario Bros. and see the famous plumber in action on a retro CRT television. Remember those?

This is geek overload, folks. LEGO, NES, and Super Mario Bros. coming together is just a pile of awesomeness, no matter how you slice it. Add in a faux-working CRT from the 1980s and, well, you have the makings a LEGO set that is going to fly off store shelves. 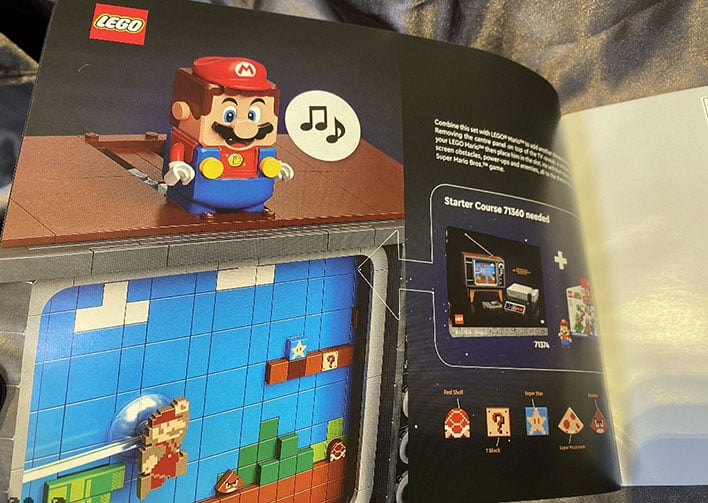 Pictures of the actual retail packaging popped up on VJGamer. According to the site, the console is a 1:1 replica of the original NES, complete with a cover that opens so users can pop in a Super Mario Bros. cartridge (made of LEGO pieces, of course).

Are you ready to play like never before? pic.twitter.com/XuNFD7rP0B

Perhaps in recognition that the cat was out of the bag, LEGO teased the retro set's release on Twitter. We don't get a clear visual from LEGO, but the outline certainly resembles the leaked product shots. It's accompanied by LEGO asking, "Are you ready to play like never before?" Yes, LEGO, we're ready—bring it on! 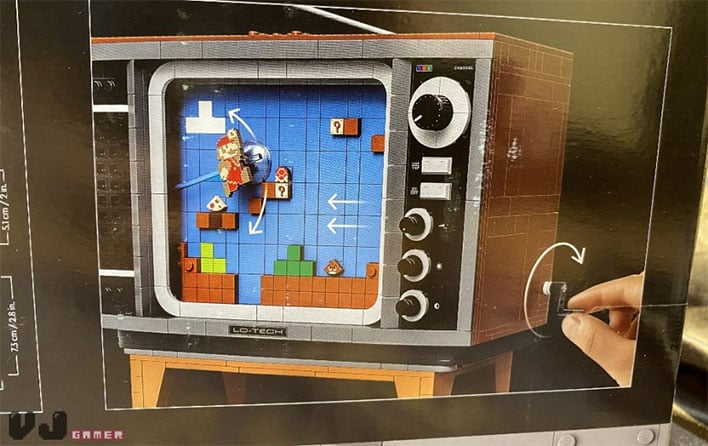 The retail packaging indicates the LEGO set contains 2,646 blocks. While the NES system and cartridge are selling points on their own, LEGO has cleverly designed a CRT television with a crank on the side. When turned, Super Mario goes through the opening level of Super Mario Bros., as far as we can tell, anyway.

This will work in conjunction with a LEGO Super Mario doll that users place on top of the CRT. The doll will play back iconic sounds or music from the game (or both, the original source does not make that entirely clear).
Pricing and availability are not yet known, though according to Promo Bricks, it will release on August 1, 2020, for €229.99 (around $260 in US currency).