Super Mario is arguably the most popular video game character of all time—he is certainly in the discussion. Likewise, LEGO blocks are arguably the most popular toy, having been around for over 70 years. What happens when the two collide? You potentially get the hottest selling item since Tickle Me Elmo. We will find out in about a month and a half when the full LEGO Super Mario lineup lands at retail.
In the meantime, LEGO revealed the full product portfolio based on its partnership with Nintendo. First announced back in April, fans can now look forward to a full range of Expansion Sets, Character Packs, and Power-Up Packs.

"With today’s announcement, 16 LEGO Super Mario sets have been introduced and I am really looking forward to seeing how people’s play expands with these and the unique Power-Up Packs," said Takashi Tezuka, Executive Officer and Game Producer of Nintendo Co., Ltd. "Each player’s preferences and imagination are different. By adding already owned LEGO bricks onto the Starter Course, and different LEGO Super Mario expansion sets, we hope that people can create various different Mario worlds and continue enjoying them indefinitely."
LEGO Super Mario blends technology with a classic toy, essentially bringing Super Mario Maker to life. They snap in place like regular LEGO blocks, but there is a digital element with built-in LEDs for various visual effects. For example, players can collect coins and keep track of scores. 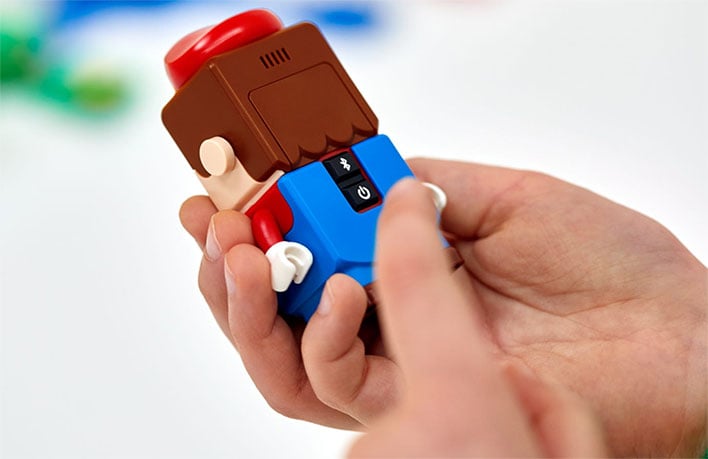 These blocks also feature a speaker and sensor on the feet. This is where the characters really come to life, with iconic sounds as the pieces move from one block to the next.
All of this awesomeness comes at a price. The full set will run you nearly $550, and more in the neighborhood of $600 when factoring in the ten collectable characters randomly assorted into blind bag Character Packs.
"Each pack will contain a buildable character and action tag to play with—it could be a Paragoomba, Fuzzy, Spiny, Buzzy Beetle, Bullet Bill, Bob-omb, Eep Cheep, Blooper, Urchin or Peepa!," LEGO says. 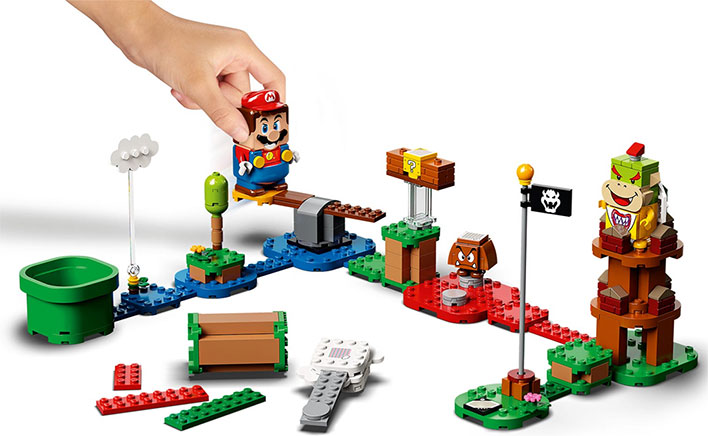 Here is a break down of the pricing...
Buyers are looking at a grand total of $539.85 before collecting the Character Packs. There are 10 characters in blind bags, which adds a minimum of $49.90 to the cost, and realistically more. Should a buyer get extremely luck and collect all 10 characters in one shot, the tally for the whole kit and caboodle comes to $589.75.
Hefty price of the full collection aside, this figures to be an extremely popular item this summer. The new expansion sets, characters, and everything else will land on August 1.