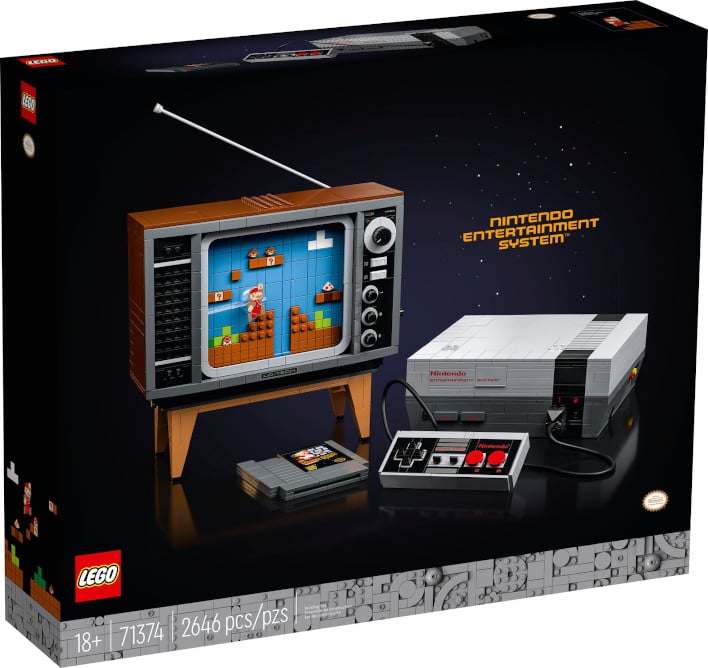 Yesterday, we brought you news about the latest fruit produced from the collaboration between Nintendo and LEGO. LEGO posted a short teaser of the set yesterday, and not long after images of the set leaked onto the internet.

Today, LEGO has gone official with the set, confirming the previous leaks. The set features a staggering 2,646 pieces and includes a retro CRT-style TV sitting on a stand, a faithfully recreated Nintendo Entertainment System (NES), a single controller (with wire), and a Super Mario Bros. game cartridge. We also like the added touches like a moveable antenna and composite inputs on the TV.

Perhaps the most impressive aspect of the set is that the TV is actually "interactive", as the screen actually moves to represent gameplay on the screen. A hand crank is positioned on the right side of the TV, and turning it results in the screen "side scrolling" with Mario moving and jumping over obstacles. 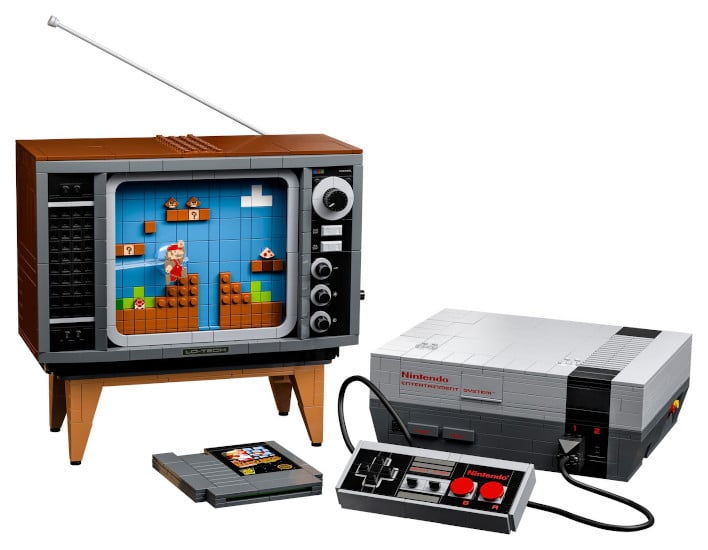 But it doesn't stop there; LEGO is also allowing builders to tap-in with the Adventures With Super Mario Starter Course. When you place the Super Mario figurine in its designated spot on top of the TV, it will belt out the familiar theme song from the game along with the in-game sounds that we've all grown to know and love. 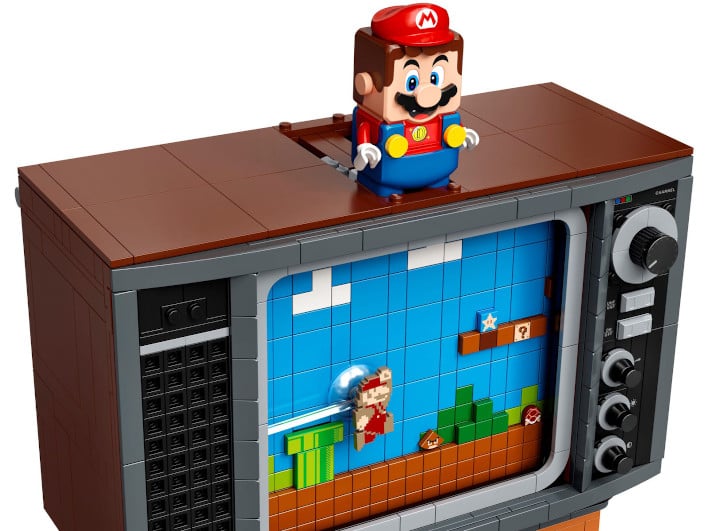 The set will be available to purchase directly from LEGO.com starting on August 1st. The price of entry won't be cheap, however; LEGO is listing the set at $229.99. And if you want to get the "full" experience, you'll at least need the Super Mario Starter Course, which is priced at $59.99. That's a hefty price to pay for some Super Mario Bros. lovin', but the set just looks so good and authentic to pass up for gamers of a certain age...