It doesn't matter where geeks and gamers come from; we all tend to have some of the same likes. Many gamers have a soft spot in their heart for Super Mario as gamers of a certain age probably cut their console gaming teeth in the 80s trying to defeat Super Mario Bros. enemies on the original Nintendo. Geeks and gamers also tend to have a fondness for LEGO, often starting from childhood and sticking with them into adulthood. Fans of Nintendo and LEGO should be excited to hear that the two companies have teamed up and will be producing Super Mario LEGO building kits that will launch later this year.

The creation the two companies have come up with is described as neither a video game nor a traditional LEGO brick-based set. LEGO Super Mario is a new product line that features an interactive LEGO Mario figure that's able to collect coins in a real-life game level created with LEGO bricks. The building kits will allow kids (and adults, no judging) to experience the "playful world of Super Mario" in a way that we've never been able to before.

The video introducing the building kits, which can be seen above, gives fans an idea of what they can expect when the kits launch later this year. The video shows the player using an interactive Mario figure to collect coins as they make their way through the level built using LEGO Bricks. The Mario figure has an on-off switch and appears to be powered by batteries with LCD eyes and sound effects from the game. 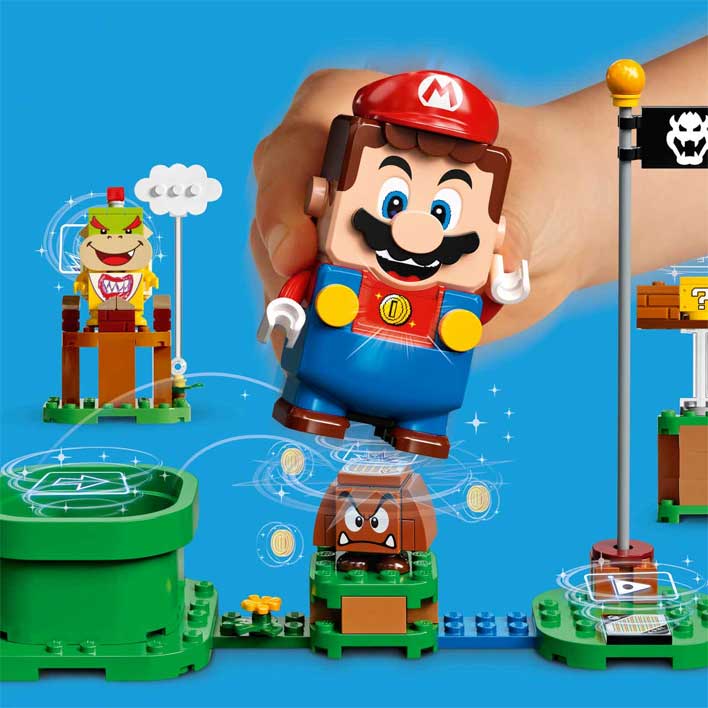 There are still some mysteries about the new LEGO Super Mario kit. There is no indication of a launch date, only the vague "later this year." LEGO does promise that more details will be made available in the future. It has been a while since we talked about anything LEGO, last time was a couple of years ago when that awesome LEGO Bugatti Chiron building kit turned up with 3,599 pieces.