Lego Forms Epic Partnership To Build A Metaverse For Kids, Can It Rival Minecraft And Roblox?

Do you know what your kids are playing these days? There's it a good chance it's either Minecraft or Roblox, or both. They're each immensely popular (hence why Roblox's CEO is due for a $233 million payday), and they're going to get some competition from Lego and Epic, which have entered into a long-term partnership to flesh out a metaverse experience designed for kids.
"The two companies will team up to build an immersive, creatively inspiring and engaging digital experience for kids of all ages to enjoy together. The family-friendly digital experience will give kids access to tools that will empower them to become confident creators and deliver amazing play opportunities in a safe and positive space," Epic states.
That's really the extent of the announcement, leaving our minds to speculate on how exactly this partnership will unfold. The vague announcement is not an easy thing to parse, in large part because the concept of a metaverse is still forming.
You can think of the metaverse as the next evolution of the web. A common description is a 3D version of the internet, where you can don a VR headset like the Meta Quest 2 and prance around as an avatar. You know, like Second  Life.
That's a bit of a cynical take and the metaverse has the potential to be much more. In fact, companies are banking on it with massive investments. Microsoft CEO Satya Nadella even alluded to his company's Activision-Blizzard deal as being one that will help it build the metaverse, or Microsoft's version of it anyway. Likewise, Qualcomm recently unveiled a $100 metaverse fund. 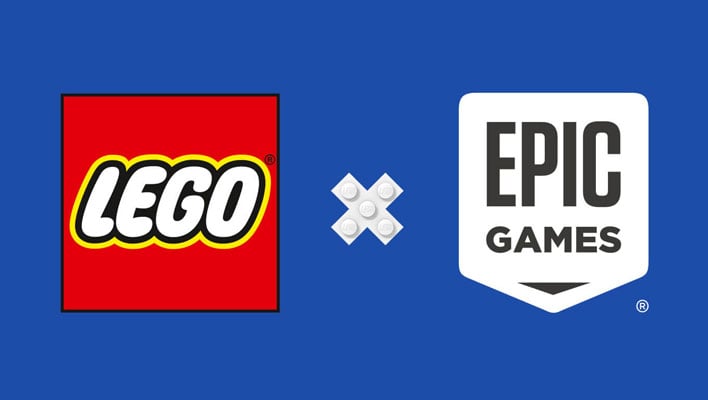 Regarding the partnership between Lego an Epic Games, it sounds like the companies will figure things out as they go along, as opposed to having a finalized plan in place.
"As the metaverse evolves, it is reshaping how people meet, play, work, learn and interact in a virtual, 3D world. The Lego Group and Epic Games will combine their extensive experience to ensure that this next iteration of the internet is designed from the outset with the wellbeing of kids in mind," Epic states.

In the meantime, Lego and the Fortnite creator did point to three principles they have agreed to, including protection children's right to play by making safety and wellbeing a priority, safeguarding children's privacy by putting their best interests first, and empowering children and adults alike with tools to to have control over their digital experience.