If you have been dreaming of traveling to another star system, researchers say you may need to use a sail. Penn Engineering and UCLA researchers show that light sails could provide interstellar voyages in the future.

When someone thinks about traveling to another galaxy, images of Star Trek's USS Enterprise jumping into warp speed might come to mind. Unfortunately that technology does not yet exist. So instead, we are stuck with having to send unmanned spacecraft into deep space to explore what lies beyond. Even then with current technology, a probe sent to Alpha Centauri, the closest star system to our Sun, would take approximately 80,000 years to make the journey.

But researchers Igor Bargatin, Associate Professor in the Department of Mechanical Engineering and Applied Mechanics, is attempting to come up with a solution. And he is utilizing one of the oldest methods known for exploring new places, the sail. The concept is part of the Breakthrough Starshot Initiative, and Bargatin and his colleagues are creating the size, shape and materials needed for a sail pushed not by wind, but by light.

"Reaching another star within our lifetimes is going to require relativistic speed, or something approaching the speed of light," Bargatin states, "The idea of a light sail has been around for some time, but we're just now figuring out how to make sure those designs survive the trip."

It is believed that by using nanoscopically thin materials and an array of powerful lasers, a sail of this type could carry a microchip-sized probe at a fifth of the speed of light. That would be fast enough to cover the distance between Earth and Alpha Centauri (in pic below) in about 20 years, instead of a millennia. 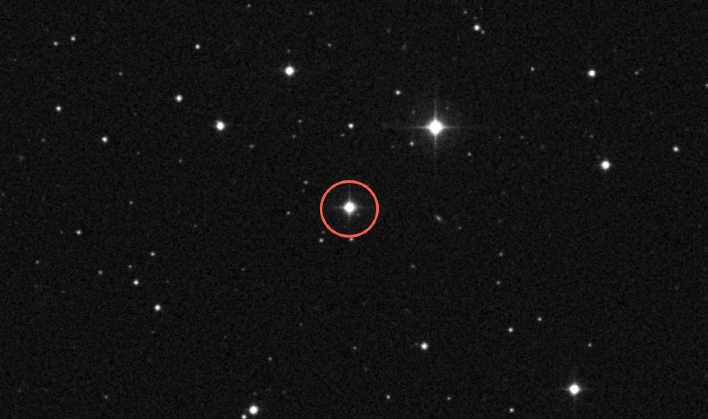 In the past, research in the field suggested using the Sun would passively give the spacecraft all the energy that light sails would require to get moving. Starshot's plan, however, would entail using a massive array of ground-based lasers that would train their beams on the sail, and provide a light intensity millions of times greater than the Sun's.

In one paper led by Bargatin, the light sails are proposed to be made from ultrathin sheets of aluminum oxide and molybdenum disulfide. Bargatin suggests, "The intuition here is that a very tight sail, whether it's on a sailboat or in space, is much more prone to tears. It's a relatively easy concept to grasp, but we needed to do some very complex math to actually show how these materials would behave at this scale."

Another paper, led by Aaswath Raman, Assistant Professor in the Department of Materials Science and Engineering at the UCLA Samueli School of Engineering, provides insights into how nanoscale patterning within the sail could most efficiently dissipate the heat that accompanies a laser beam a million times that of the Sun.

Raman says, "If the sails absorb even a tiny fraction of the incident laser light, they'll heat up to very high temperatures." Raman continues, "To make sure they don't disintegrate, we need to maximize their ability to radiate their heat away, which is the only mode of heat transfer available in space."

Deep Jariwala, Assistant Professor in the Department of Electrical and Systems Engineering, sums up the research by saying, "A few years ago, even thinking or doing theoretical work on this type of concept was considered far-fetched. Now, we not only have a design, but the design is grounded in real materials available in our labs. Our plan for the future would be to make such structures at small scale and test them with high-power lasers."

While this current research is exciting to think about, it causes us to realize just how far we still are from traveling in space using methods highlighted in science fiction films and TV. So, if you are hoping to one day say, "Beam me up Scotty," from a distant planet, you may be waiting a while.