Check Out These Killer Black Friday Deals On SanDisk SD Cards, Chromecast And TVs Up To Half Off

Did you manage to score a Nintendo Switch OLED before the bots and scalpers claimed them all? In addition to the improved display, it also features twice as much storage as the regular Switch console, but you can never have too much. Not to worry, though—storage is expandable by way of an SD memory card slot, and Black Friday discounts on storage products are plentiful.
One of the discounts applies to a SanDisk 256GB microSDXC card that is officially licensed for the Nintendo Switch. It's on sale for $36.79 at Amazon (save $16.20). It comes in bright yellow with a Super Star plastered on the card, which is neat even if you'll never see it after jamming the card in your handheld console.
That said, a Switch console is not the only place for an SD card. Likewise, even if you are looking to expand your console's storage, you don't have to relegate your searches to only licensed cards. Here are some SD memory card deals worth looking into...
There are just a few examples—there are plenty more SD memory card deals on Amazon right now too. 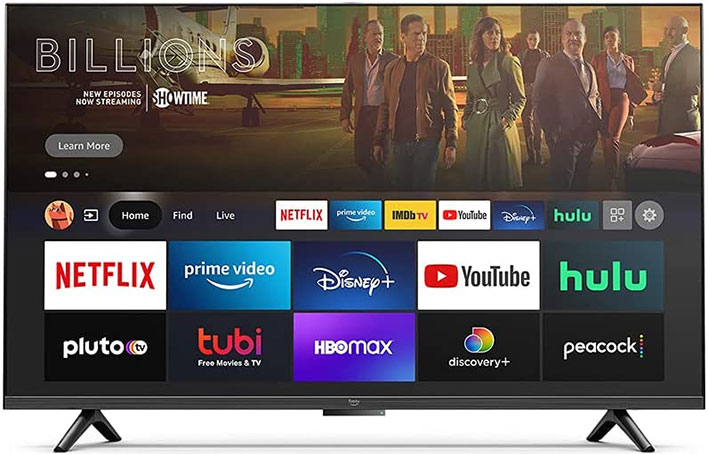 We have seen a bunch of big screen TV deals during the past couple of weeks, and the bargains continue to roll in. That includes a discount on Amazon's new own-branded 43-Inch Omni Series Fire TV, which is on sale for $299.99 (save $110).
Amazon recently introduced its own Fire TV models, separated into two categories: 4K Series and Omni Series. The latter is the slightly more premium of the two with a metal frame and built-in microphones to bark out Alexa commands without using the remote. This is a 4K set with HDR support and Dolby Digital Plus, and of course built-in Fire connectivity.
Here are some other TV deals...
If you're just looking to upgrade your existing display with smart features, you can find a bunch of Chromecast and other dongles on sale. Some of the standouts include...
We'll continue to highlight deals throughout the holiday season, so be sure to check back at HotHardware often!