Itch.io Charity Bundle For Ukraine Serves Up $6,500 Worth Of Games, Books And More For $10

Itch.io is serving up a massive bundle of games, comic books, and more to raise funds for relief efforts in Ukraine. The aptly named "Bundle for Ukraine" can be had in its entirety for just $10, the minimum donation amount, though the site "highly urges" people to pay above the minimum if it is within their means to do so. The average donation at the time of this writing is a little under $15. The top contribution so far is nearly $1,700.

That's a pittance for the value that is being offered up with this bundle. It contains nearly 600 video games, over 300 analog tabletop RPGs, and dozens of asset packs, books, magazines, comics, soundtracks, music, and other products. Unique to this bundle, every item is a paid product. Additionally, over 600 of the nearly 1,000 items up for grabs are making first-time appearances in a major bundle. 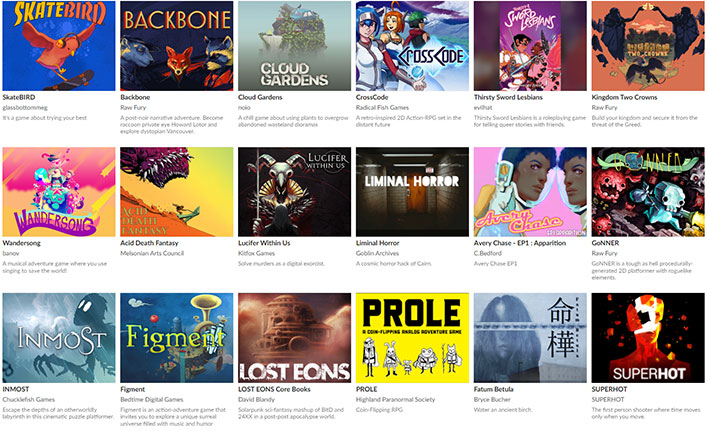 Necrosoft Games is hosting the bundle, which contains content from 732 creators The goal is raise $1 million. Itch.io and Necrosoft Games are 73 percent of the way there, with over 49,000 contributors having donated more than $731,000 so far.

"The people of Ukraine are under attack. As game developers we want to create new worlds, not to destroy the one we have. That's why we've banded together to present this charity bundle to help Ukrainians survive this ordeal and thrive after the war ends. This cause has resonated with creators around the globe, to the extent that our bundle contains almost 1,000 games, tabletop RPGs, books, etc," Itch.io and Necrosoft Games explain.
There's obviously way too many games and other content to list out individually here, but to highlight a sample, users will find SkateBIRD, Backbone, Cloud Gardens, CrossCode, Lucifer Within Us, Towerfall Ascension, INMOST, Dumpy & Bumpy, The Wretched, A Short Hike, Night Call, Moon Hunters, Shattered Planet, and Runecairn: Core Rules among the humongous batch of games.
All proceeds will be split between two charities: International Medical Corps (provides medical assistance to people in Ukraine) and Voices of Children (helps children cope with the horrors of war, PTSD, readjusting to school, and getting back to being kids).
Hit up the Bundle for Ukraine page if you're interested.