A Russian cosmonaut and a European Space Agency (ESA) astronaut aboard the International Space Station (ISS) shared photos of Mount Etna from space, as plumes of ash and smoke from the active volcano rose toward the heavens. The images were shared by the pair on their respective Twitter accounts.

As the International Space Station enters its final decade of service, those aboard it are still very busy with new and exciting research. One of the upcoming experiments that NASA astronauts will be performing will hopefully give scientists a better understanding of fire in space. Another study headed to the crew is one that will examine how to grow plants without soil, which could prove crucial for future habitation on alien surfaces. But it was Mount Etna that grabbed the attention of a Russian cosmonaut and an ESA astronaut earlier this week.

Mount Etna on Sicily is Europe's largest and most active volcano. While its frequent eruptions are often joined by large lava flows, it rarely poses any danger to those that live near the active volcano. Etna is one of the volcanoes with the longest historic records of eruptions, that date back more than 2,000 years ago. It is the iconic volcano's most recent eruptions that captured the attention of those aboard the ISS this past week, as two aboard shared photos of the eruption from space. 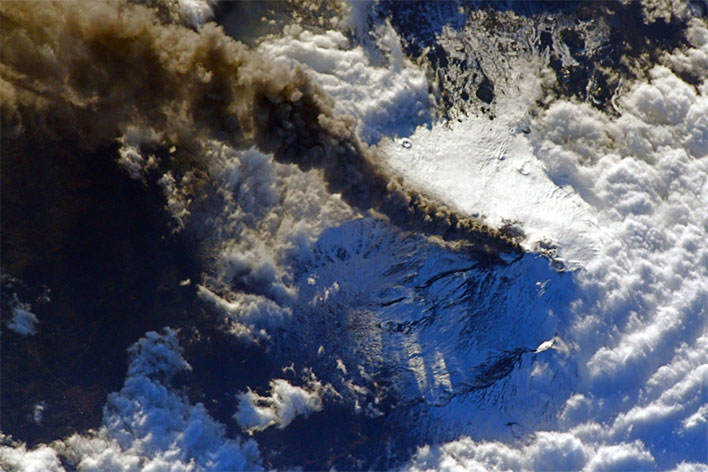 Russian cosmonaut Anton Shkaplerov posted to his Twitter account a photo that shows a plume of smoke rising toward the heavens. He stated, "Recently, another eruption of Mount #Etna on the Italian island of #Sicily began. Red-hot lava flows out of the crater, and clouds of ash and smoke are in the sky over Sicily."

ESA astronaut Matthias Maurer also shared photos of the eruptions on his Twitter timeline. He said that his shots were not very clean due to too much humidity in Europe's air. 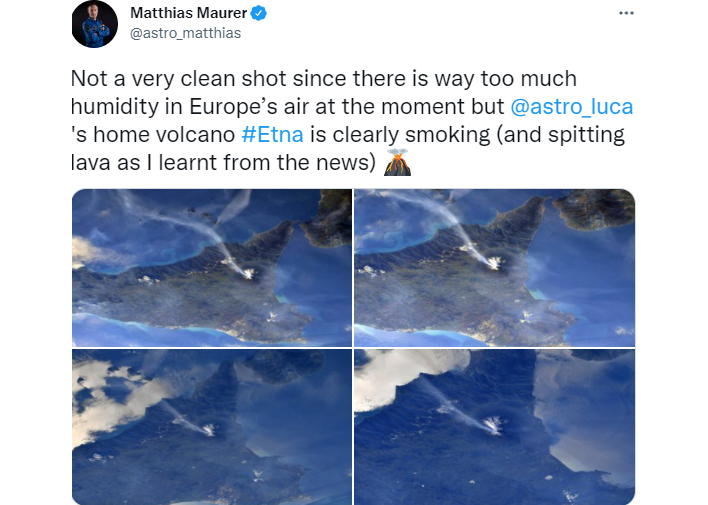 According to NASA's Earth Observatory website, Mount Etna is believed to have begun as a submarine volcano that eventually grew to stand above sea level on layer upon layer of solidified lava. In fact, most of the surface of Etna is covered by past lava flows that date back some 300,000 years. The volcano was so active in 2021, that it is said to have grown by 100 feet (30 meters) in half a year.