Intel doesn't have a long history of fabricating other people's processors, but the company has made it clear that it seeks to make that a major part of its business going forward. In case you missed it, Intel's Foundry Services (IFS) is accepting customers from around the globe, and the company will make chips with your choice of ISA: x86, Arm, RISC-V, or whatever.

As it happens, if you want to combine multiple ISAs under the same heatspreader, Intel says "Sure!" At least, according to a report from The Register. Said report states that Intel has created a "chiplet chassis" that foundry customers can use to mix and match processors in the same package. The chiplets can use different ISAs, and customers can wire it all up using Compute Express Link, or CXL.

Intel is willing to license its own x86 tech to foundry customers in the form of hard or soft cores, and customers can combine them with their own designs, too. Speaking to the site, Intel Foundry Services' VP of Customer Solutions Bob Brennan said it's "the first time in Intel's history that we'll license x86 soft cores and hard cores to customers who would like to develop chips."


A "hard core" means that you license an Intel x86 core (like, say, Gracemont) for use inside your own ASIC, while a "soft core" means that you license the core design for use in programmable logic. Either way, it means other companies can start fielding chips fabricated by Intel using Intel's own processor technology, which is a pretty interesting development indeed. 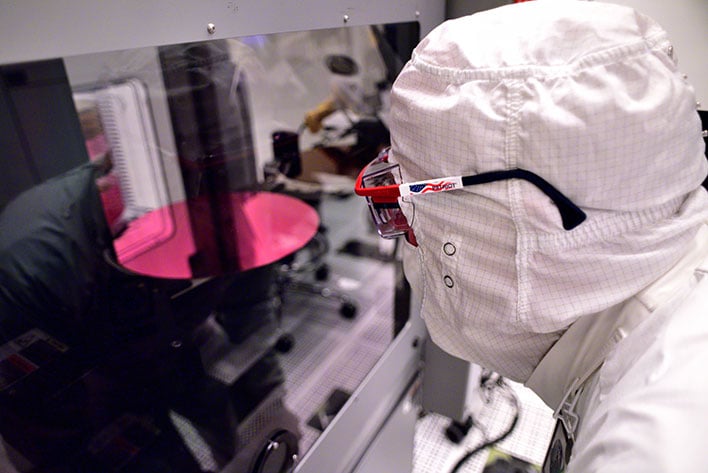 This isn't quite the same as AMD's semi-custom business, and it also isn't like Arm's licensing agreements. Where the former is mostly just AMD rearranging its own IP blocks into a convenient form for its customers, and the latter allows Arm's customers to build their own chips whole cloth using Arm's ISA, Intel's approach is more like building with Legos: take Intel's pre-made pieces and snap 'em together with your own constructions.

We already knew Intel was willing to fabricate Arm and RISC-V processors; the company specifically said so when it re-launched IFS nearly a year ago. Offering to license its own IP and then slap it down along with customers' creations using entirely different ISAs altogether, all in the same package, well, that's a different animal. Intel didn't elucidate which processor designs it would be licensing, yet.

The company did say that initially it'll be offering capacity on its venerable Intel 16 process, which is the artist formerly known as 22FFL. Eventually—likely after Intel's new fabs get spun up to production-ready status—it'll be offering customers space on its brand-new Intel 3 process, and even its bleeding-edge 18A process. No word on whether it'll allow other companies to use its packaging innovations, though, like Foveros.