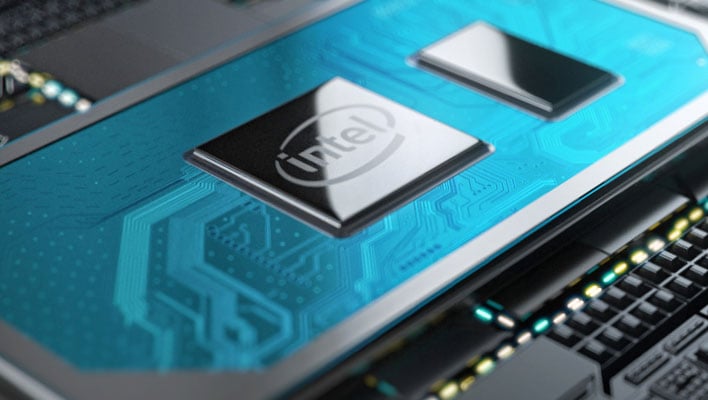 Little by little, we are seemingly getting glimpses of Intel's 11th generation Tiger Lake lineup, by way of various leaks and rumors. So it goes today—it has come to attention that over at 3DMark, there is a benchmark entry for what is likely either a low power Tiger Lake-Y processor for thin and light laptops, or perhaps a Tiger Lake-U CPU.
The database entry only provides some basic information. Intel has not yet released or even announced specific Tiger Lake SKUs, so it is not unusual for software applications to leave identifying fields blank, or even misreport specifications. In this instance, the CPU in question is shown as being manufactured on a 0-nanometer node with a 0-watt TDP. Those are both obviously wrong. 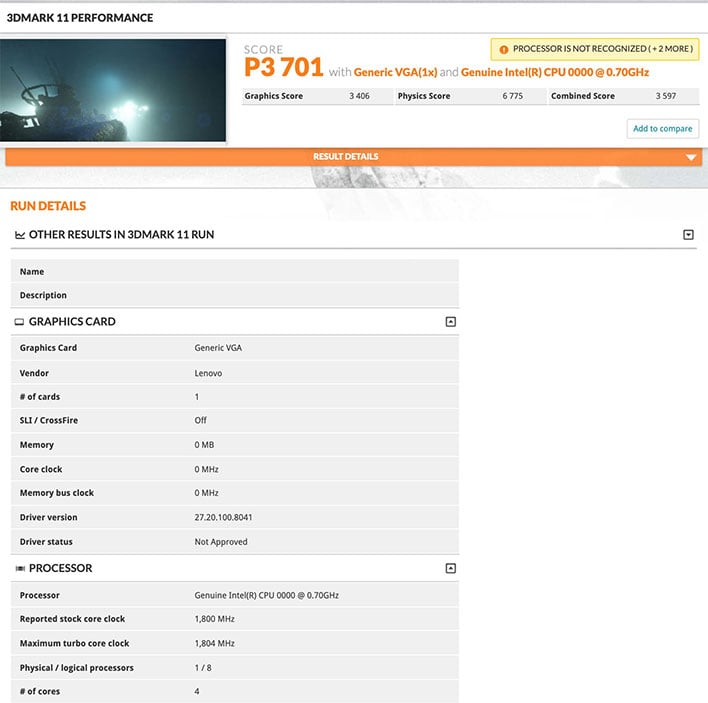 Intel's 11th generation Tiger Lake CPUs will leverage the chip maker's 10nm node. They are based on Intel's Willow Cove architecture, and are intended to succeed to Ice Lake (based on Sunny Cove), which is also a 10nm chip series.
Prominent leaker @_rogame spotted the 3DMark 11 listing that apparently showcases a Tiger Lake-U or Tiger Lake-Y processor. It is shown as having four physical cores and eight threads, which means it supports Hyper Threading. Interestingly, the CPU model is listed as "Genuine Intel(R) CPU 0000 @ 0.70GHz," with the reported base and boost clocks both at 1.8GHz.
Scores break down as follows...
As a user pointed out in the Twitter discussion, the Graphics score is comparable to a Surface Pro 7 with a Core i5-1035G4. That is a 4-core/8-thread Ice Lake CPU clocked at 1.1GHz to 3.7GHz, with Gen11 graphics (48 execution units, 300MHz to 1.05GHz).
There is not enough here to make any concrete comparisons, though. Drivers and tweaks to the silicon can have dramatic impacts on performance, as can a host of other things. Tiger Lake is expected to debut sometime in the second half of this year, so we still have a few months to wait before getting a solid look at performance.