Earlier this week, Intel launched its new SSD 670p family, which targets mainstream consumers. The SSDs use 144-layer quad-level cell (QLC) 3D NAND along with a Silicon Motion (SMI) 2262 NVMe PCIe Express controller. The SSD 670p is available in 512GB, 1TB, and 2TB capacities, which is typical for newly introduced SSDs these days.

However, some people were still a bit puzzled by the SSD 670p. These are PCIe 3.0 SSDs at a time when the industry is starting to switch over to the PCIe 4.0 interface for mainstream and enthusiast-class SSDs. The second sticking point was pricing, given that these SSDs use the PCIe 3.0 interface offering sequential reads and writes of 3,500MB/sec and 2,700MB/sec, respectively. At launch, Intel priced the 512GB, 1TB, and 2TB SKUs at $89.99, $154.99, and $329.99 respectively.

To put this price/performance positioning into perspective, the Sabrent Rocket family of PCIe 4.0 SSDs is available in 500GB, 1TB, and 2TB capacities. However, sequential read/write performance is far superior, coming in at up to 5,000MB/sec and 4,400MB/sec, respectively, for the 2TB SKU. While the SSD 670p can compare favorably to the PCIe 4.0-based Samsung SSD 980 Pro in certain usage cases, most consumers aren't likely to get that into the weeds on those distinctions. And here's the current pricing situation:

In other words, the Intel SSD 670p family is at best the same price as currently available PCIe 4.0 SSDs or slightly more expensive. That's an unenviable position for Intel with the launch of a new SSD family. Thankfully, it looks as though at least one retailer is slashing prices across the board on Intel's new SSDs by as much as 24 percent. Here's what street prices are looking like for the SSD 670p right now: 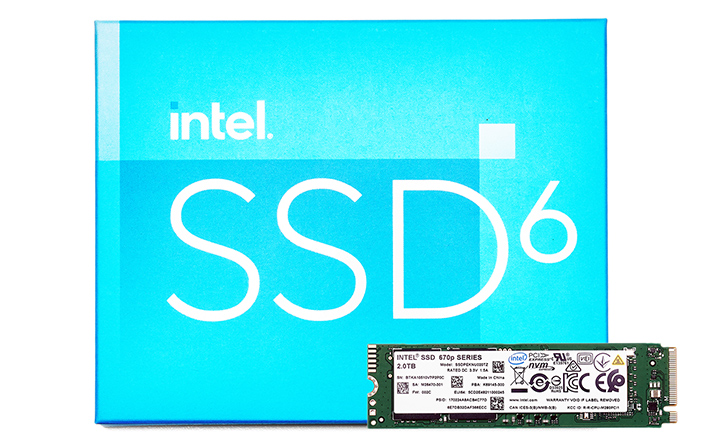 That pricing is a lot more palatable for a PCIe 3.0 SSD and is where Intel perhaps should have aimed when it launched the SSD 670p family. However, our sources informed us that this new lower pricing is not coming directly from Intel. Instead, retailers like Newegg have taken it upon themselves to cut prices drastically.

You can read the HotHardware review of the Intel SSD 670p family here.