One of the key characteristics we've seen so far in Arc graphics card benchmarks is a predominant softness in DirectX 11 titles versus those using the newer DirectX 12 and Vulkan APIs. The latter two APIs are much lower-level interfaces, giving game programmers greater control over the hardware. As a result, there's a lot less overhead between the game software and the 3D graphics hardware.

With DirectX 11 games, the application software (that is, the game) makes a lot more assumptions about what the driver will provide and do under the hood. Game performance and reliability are heavily reliant on meeting those assumptions. AMD and NVIDIA have had literal decades to get this right, but Intel's starting fresh with Arc, and as a result, the company has a ton of work ahead of it.


While talking to Linus Tech Tips, Intel explained that it has sorted games into three "levels". Level 1 games are the popular AAA titles, and those get the most immediate attention for optimizations. Level 2 games are modern games using current graphics APIs, but which aren't necessarily as popular as the Level 1 titles. Finally, Level 3 games are "the rest"—including the titles using DirectX 11 and other older graphics APIs. 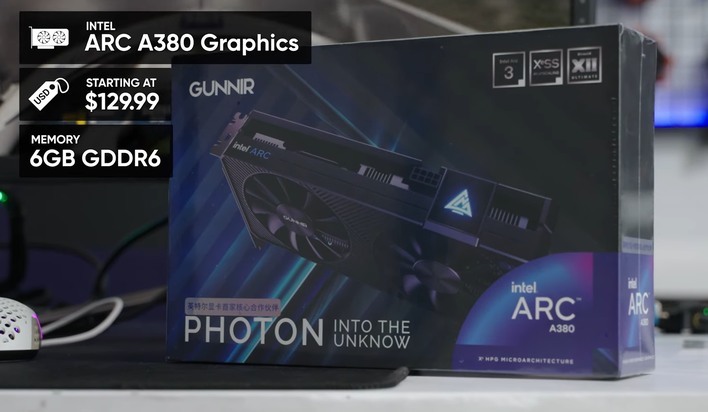 What's fascinating is that Intel says that the pricing of its Arc GPUs will be based on their relative performance in "Level 3" titles, not "Level 1" titles. In other words, Intel will be positioning its graphics cards in the market based on their performance in the worst-performing games. To put it another way, as Tom Petersen said in the LTT interview, that Intel going to "kill everyone when it comes to price to performance" in the latest AAA games.

We already know from many factors, including Intel's own admission, that these first-generation Arc Alchemist cards aren't going to compete with NVIDIA's or AMD's top-end products. That was never the intention, of course. However, a card like an A750 or A770 that provides credible competition with the Radeon RX 6750 XT or GeForce RTX 3070 in AAA games, if priced in the range of $400-450, could make for a pretty sweet deal—especially if it ends up with a pile of overclocking headroom, like the A380.