It was nearly two months when Intel's graphics boss, Raja Koduri, posted a photo on Twitter that teased an upcoming data center GPU, and boy was it a big slice of silicon. Fast forward to today and Koduri is at it again, this time with another shot of what looks to be the same GPU, plus one that is even bigger, and "fabulous."
Koduri went on a mini Tweet storm, posting a total of four high resolution photos spread across three tweets. Even though accompanying details and information are lacking, we much prefer these kinds of photos than the usual crop of low quality, blurry pics that accompany supposed leaks.

"BFP - big 'fabulous' package," Koduri wrote, accompanied by a smiling face emoji.
Intel is hard at work building a range of discrete GPUs, its first ones of the modern era (Intel's last attempt at a discrete GPU was Larrabee, which it gave up a decade ago). One thing they all share in common is the underlying Xe graphics architecture. This is the same GPU architecture that is making a debut with Intel's upcoming mobile Tiger Lake processors. 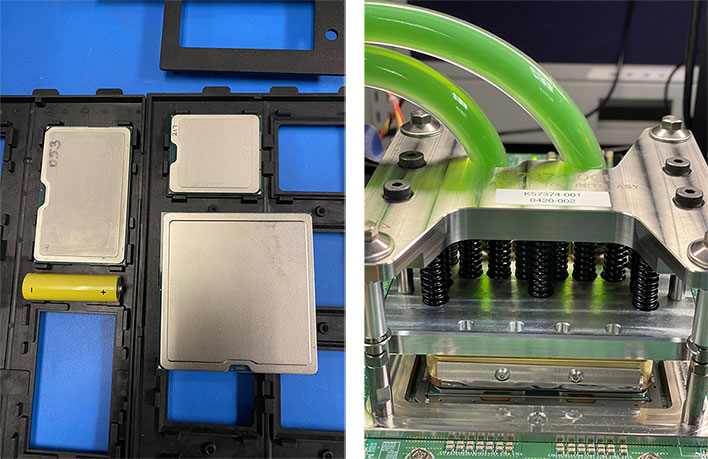 This latest crop of photos highlights three different chip packages. They are the latest in a string of photos teasing upcoming GPUs. And the rectangular one is a familiar sight, because that is the same one Koduri highlighted several weeks ago.
"Both Xe-HPC based Ponte Vecchio (detailed at SC’19) and Xe-HP based chip images shared recently are data center targeted GPUs. We need incredible computing solution range from edge to cloud to keep up with the data we are generating in real-time," Koduri said at the time. 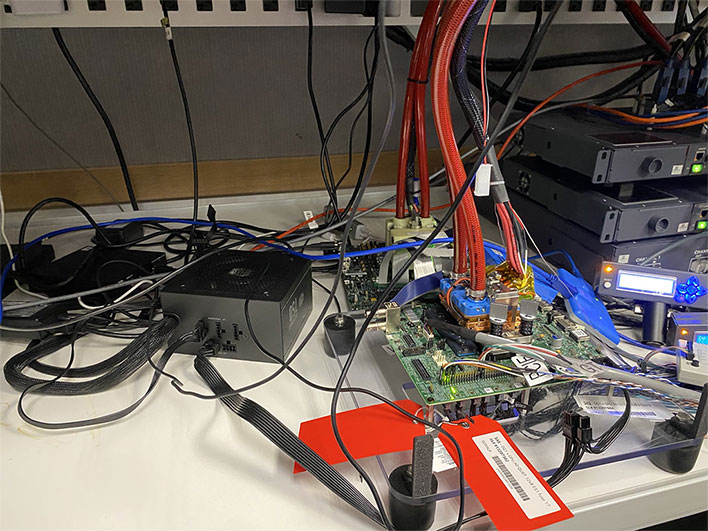 It is assumed the three GPUs are representative of Intel's tiled approach—the smallest of the bunch sports one tile, the rectangular GPU features two tiles, and the mammoth square-shaped socketed GPU rocks four tiles underneath the hood.
Using the AA battery as a reference of scale, the biggest of the bunch looks to measure around 80mm x 80mm. And according to WCCFTech's sleuthing, here is what the possible specifications look like...
One interesting note about the pics is the designation on the waterblock. The stamp at the top reads ATS-4T, an apparent reference to Arctic Sound and four tiles.
As far as we know, Intel is still on track to launch its first modern discrete GPU later this year.