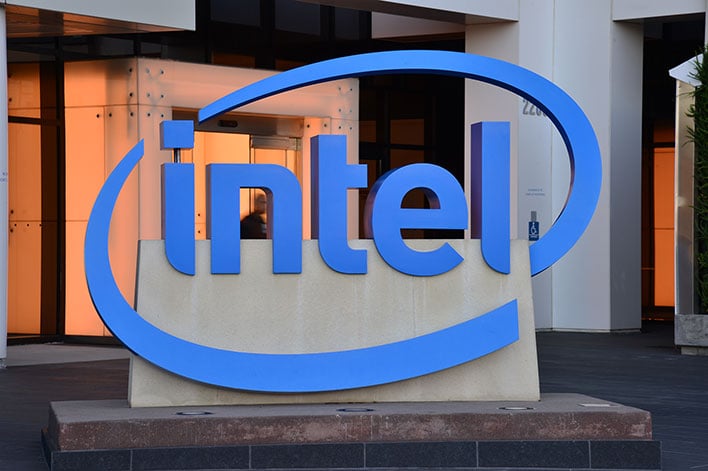 Intel's outgoing CEO Bob Swan is capping off his tenure at the top with an all-time record high in annual revenue, with Intel raking in $77.9 billion last year. That is an 8 percent year-over-year gain. Intel finished the year strong with $20 billion in revenue during the fourth quarter, which is actually down 1 percent year-over-year, but was $2.6 billion more than Intel anticipated.
"We significantly exceeded our expectations for the quarter, capping off our fifth consecutive record year," Swan said in a statement. "Demand for the computing performance Intel delivers remains very strong and our focus on growth opportunities is paying off. It has been an honor to lead this wonderful company, and I am proud of what we have achieved as a team. Intel is in a strong strategic and financial position as we make this leadership transition and take Intel to the next level."
Prior to releasing its latest earnings report, Intel had announced that Swan was stepping down as CEO, to be replaced by Pat Gelsinger, who currently serves as the CEO of VMWare. Gelsinger has four decades of experience in the technology industry, with 30 of those years having been at Intel. He will be stepping into his role as CEO on February 15.
Gelsinger's return is already paying dividends, as another former Intel bigwig, Glenn Hinton, is coming out of retirement to work on an "exciting CPU project." Hinton is best recognized as the lead architect of Nehalem, and said Gelsinger's hiring played a role in his decision to come out of retirement, after having worked at Intel for 35 years previously.
This is all to say that Intel's future looks promising. Change can be a rejuvenating force, and it comes as rival AMD has positioned itself as a fierce competitor with its Zen CPU architectures. Despite having given up ground, however, Intel's finances remain exceptional.
Intel benefited from a PC sales boom, prompted by the COVID-19 pandemic. Due to how the deadly virus spreads, working and educating from home became the new normal, as part of a broader call for social distancing. This prompted a massive spike in PC sales—according to Canalys, overall PC shipments for 2020 hit 297 million units, up 11 percent from the year prior.
This is highlighted in a breakdown of Intel's sales. In the fourth quarter of last year, almost every category saw a decline in sales, but Intel's PC-centric client computing group climbed 9 percent (compared to the same quarter in 2019) to $10.9 billion.
Intel has shown an ability to bring in big money even as it struggles to leave its 14-nanometer node behind (Rocket Lake-S figures to finally be the last 14nm architecture).
"Even in the midst of Intel's 7nm manufacturing challenges, the company pulled off a phenomenal Q4 significantly exceeding expectations by $20 billion in revenue and $1.52 EPS. Tiger Lake demand looks strong on the PC side and I think, based on its 33 percent growth, likely gained market share," analyst Patrick Moorhead from Moor Insights & Strategy said in a statement.
Looking ahead, Rocket Lake-S is due to arrive in March, followed by its 10nm Alder Lake lineup later this year. It will be interesting to see how 2021 unfolds with a new CEO and at least one other key re-hire joining the fold.