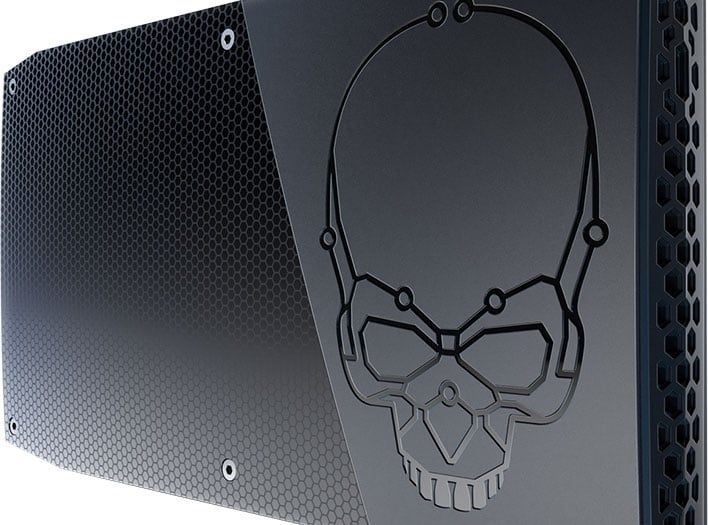 Intel's diminutive Next Unit of Computing (NUC) platform has evolved from an interesting miniature PC concept to a potentially transformative PC form factor, because the company has found ways to punch up the performance meter. The best is yet to come. Looking ahead, a leaked roadmap reveals Intel might launch a potent version of its NUC based on its upcoming Tiger Lake-U stack.
Tiger Lake-U will assume the rank as Intel's 11th generation Core processor line, built on a 10-nanometer manufacturing process. It will success Ice Lake and presumably bring with it faster clocks, better power efficiency, and overall better performance. It will also feature Gen12 graphics based on Intel's Xe graphics architecture.
Forget about Gen12 for a moment, though, because Intel's upcoming NUC 11 Extreme with Tiger Lake-U inside will likely be paired with a discrete graphics solution from NVIDIA, such as the GeForce GTX 1660 Ti. When will this happen? 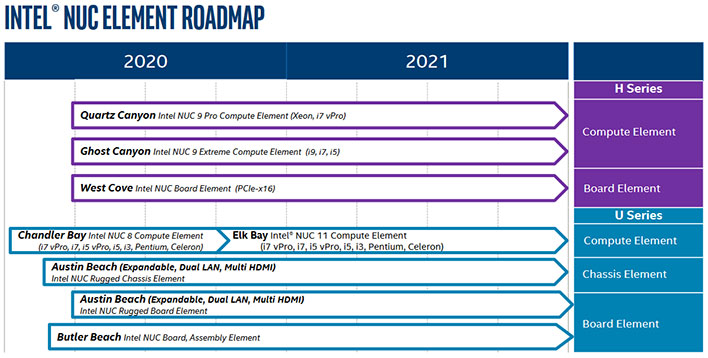 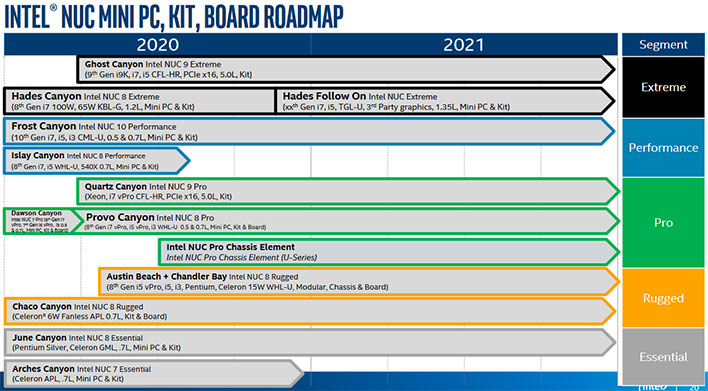 Relatively soon, it seems. According to a set of leaked roadmaps posted to Twitter by @momomo_us, a NUC 11 Extreme pairing a Tiger Lake-U CPU with third-party graphics will arrive later this year. It will not be as potent as the Ghost Canyon NUC, which features desktop processors inside, but should be a spunky little PC all the same.
This seems to be pointing to the previously rumored Phantom Canyon NUC, which will supposedly arrive with Core i5 and Core i7 Tiger Lake-U processor options, alongside discrete graphics. There will also be a Panther Canyon NUC featuring Core i3, Core i5, and Core i7 28W Tiger Lake-U processor options, that rely on Intel's Gen12 Xe graphics.
The Phantom Canyon NUC was spotted hanging out at 3DMark's database with a GeForce GTX 1660 Ti in two. It will be an intriguing addition to the NUC family, though we will have to see how performance and pricing shake out when it arrives.