You have to spend money to make money, right? Intel continues to embrace the concept as part of its ongoing IDM 2.0 strategy, having today announced it is committing up to 80 billion euros (around $88 billion in US currency) over the next decade to bolster its chip manufacturing footprint in the European Union. To kick things off, it's spending 17 billion euros (~$18.6 billion) in part on a leading-edge semiconductor fab mega-site in Magdeburg, Germany.
The announcement comes less than two months after Intel unveiled a mega-site location in Ohio, where it is making an initial $20 billion investment on its first new manufacturing site in 40 years. The expectation is that the Ohio chip plant will be eventually be Intel's largest. It's also part of a longer-term investment plan that will see Intel pour another $100 billion on partnerships and education institutions in the region.

As for the chip mega-site in Germany, it will be home to two "first of their kind semiconductor fabs" with construction to begin in the first half of next year. If all goes to plan and pending European Commission approval, it will be online in 2027. Intel will use the location to manufacture cutting-edge Anstrom-era transistor technologies that are further down its roadmap.

Other parts of the $18.6 billion earmarked for Europe in the shorter term include a new R&D and design hub in France, and investments in R&D, manufacturing, and foundry services in Ireland, Italy, Poland, and Spain. It's all aimed at bringing Intel's most advanced technologies to Europe and build a chip ecosystem over there, one that Intel is calling Silicon Junction.

"Our planned investments are a major step both for Intel and for Europe. The EU Chips Act will empower private companies and governments to work together to drastically advance Europe’s position in the semiconductor sector," Intel CEO Pat Gelsinger said. "This broad initiative will boost Europe’s R&D innovation and bring leading-edge manufacturing to the region for the benefit of our customers and partners around the world. We are committed to playing an essential role in shaping Europe’s digital future for decades to come."
All told, the initial investment will create 7,000 construction jobs over the course of the build, 3,000 permanent high-tech jobs at Intel, and tends of thousands of jobs across the supply chain and with Intel's partners. 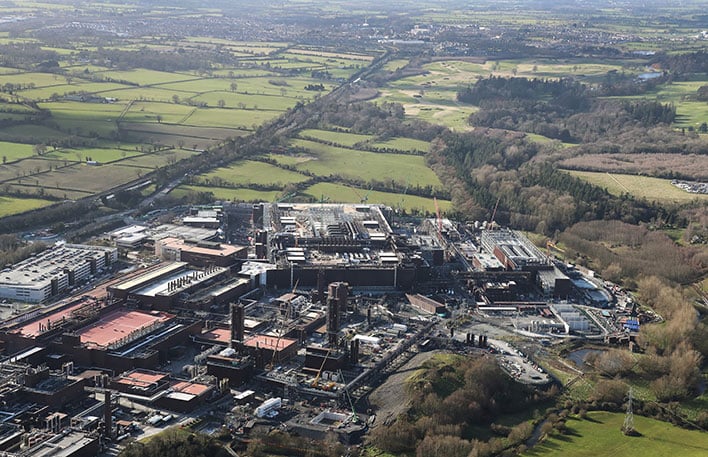 Intel also plans to spend 12 billion euros (~$13.1 billion) expanding its fab site in Leixlip, Ireland, effectively doubling the site's manufacturing footprint and to pave the way for creating chips based on its Intel 4 process node (previously referred to as 7 nanometer). And in Italy, it's spending a several billion euros/dollars to enable a state-of-the-art back-end manufacturing facility. It's said this will create another 1,500 Intel jobs, and 3,500 jobs across suppliers and partners.
What this all amounts to is a major commitment to expand its operations in Europe at a scale Intel says will "create a virtuous cycle of innovation." Intel's been operating in Europe for three decades, and obviously has plans to maintain its presence there for decades to come.