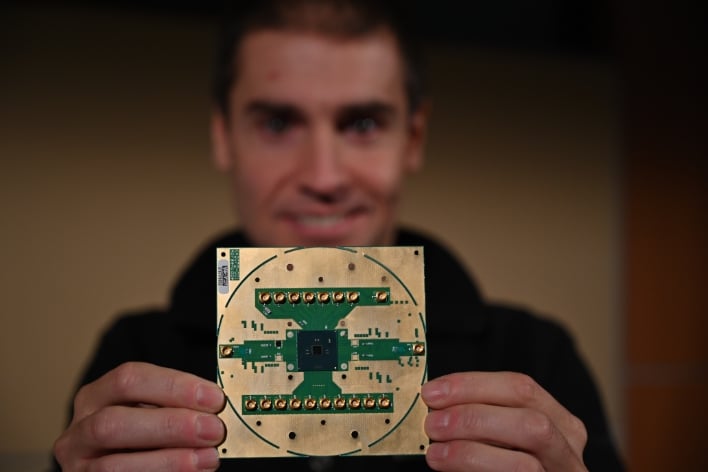 While Intel is currently embroiled in a x86-64 processor battle with AMD, the company is also dipping its toes into the future of computing: quantum computing to be exact. The company today announced the fruits of a partnership with QuTech to introduce the first cryogenic control chip for quantum computers.

The chip is codenamed Horse Ridge, and is built on 22-nanonmeter Intel FinFET technology. Quantum computing -- once commercially viable -- will allow a significant leap in processing performance over conventual computers due to the ability to exploit quantum bits (aka, qubits). Qubits can exist in multiple states at once, making it possible to solve complex calculations in a fraction of the time needed for traditional computers or supercomputers.

The beauty of Horse Ridge is that it is a RF processor that dispenses with the need for hundreds of connective wires to interface quantum systems with standard computing devices to control/regulate performance. The connective wires can be a hindrance to scaling qubit processing, which is why Horse Ridge takes on the form of a SoC that streamlines the interface and replaces the rudimentary instruments currently in place.

"It effectively reduces the complexity of quantum control engineering from hundreds of cables running into and out of a refrigerator to a single, unified package operating near the quantum device," Intel adds. 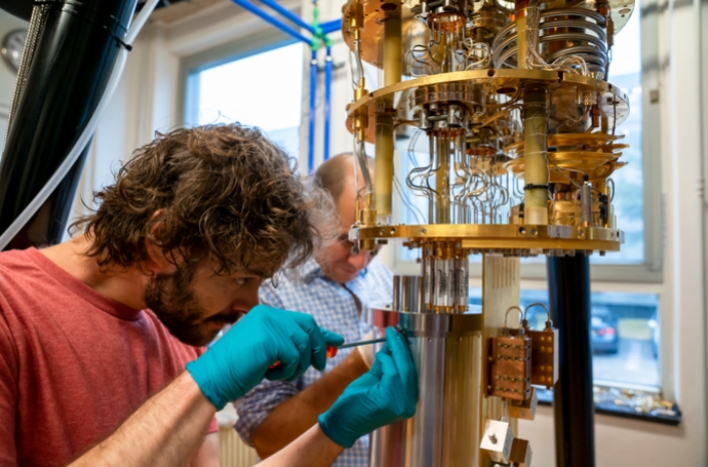 Horse Ridge has been designed to operate at temperatures of 4 Kelvin, or -452.47 degrees Fahrenheit. This is just slightly above absolute zero, which is -459.67 degrees Fahrenheit. This operating temperature is slightly warmer (relatively speaking) than modern quantum computers, which will help to strip away some of the significant cooling requirements currently in place.

"While there has been a lot of emphasis on the qubits themselves, the ability to control many qubits at the same time had been a challenge for the industry," wrote Jim Clarke, Intel director of Quantum Hardware. "Intel recognized that quantum controls were an essential piece of the puzzle we needed to solve in order to develop a large-scale commercial quantum system. That's why we are investing in quantum error correction and controls. With Horse Ridge, Intel has developed a scalable control system that will allow us to significantly speed up testing and realize the potential of quantum computing."

Intel's advances with Horse Ridge are just the next step in making quantum computing a practical reality that can leap beyond the research laboratory setting.