There's no more mystery surrounding the release of Intel's Core i9-12900KS Special Edition processor—the flagship Alder Lake CPU officially arrives on April 5, 2022. Intel confirmed the launch date today, and doubled down on its being the "world's fastest desktop processor" and the "ultimate processor for enthusiasts and gamers."
Intel also revealed pricing, though that particular mystery isn't completely solved. How so? Intel said the upcoming chip arrives with a recommended customer price (RCP) starting at $739. That's not necessarily representative of a retail MSRP, and instead represents bulk pricing in quantities of 1,000 units. Street pricing can and often does differ from the RCP.

There's no concrete formula for translating RCP into a retail MSRP, though. Last week, Newegg briefly flipped the switch on a Core i9-12900KS. We assume it wasn't actually supposed to go live at the time, but what's interesting is that Newegg had it priced at $799.99, plus a few extra bucks for shipping. 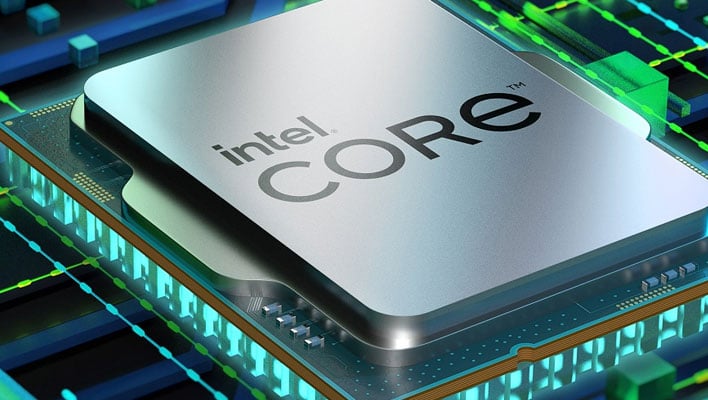 That could have been a place holder, or it could have been a sneak peek at what retail pricing will look like. However, there's reason to be optimistic that street pricing could end up lower. Intel's ARK database listing for the Core i9-12900K shows an RCP of $589 to $599, while Amazon currently sells that CPU for $610.99 (on sale from $707.50). It's listed for the same price on Newegg.
So street pricing on the Core i9-12900K is just 2 to 3.7 percent higher than the RCP. And if you happen to live by a Micro Center, in-store pricing is actually lower at $549.99 (plus you can save $20 when bundling it with a compatible motherboard).
We'll have to wait a little while longer to see how it plays out. What's not a mystery is the top clock speed. This is binned silicon, with Intel taking the best of the best and designating it a special edition version of its flagship processor, with a top 5.5GHz turbo frequency.
"Intel continues to push the envelope for desktop gaming with the new 12th Gen Intel Core i9-12900KS processor. Based on Intel’s 12th Gen performance hybrid architecture, this processor can hit 5.5GHz on up to two cores for the first time, giving the most extreme gamers the ability to maximize performance," said Intel's Marcus Kennedy.
It has a higher base TDP at 150W versus 125W for the Core i9-12900K, though both feature a 241W turbo TDP. Either way, you'll want to bring some top notch cooling to Intel's top processors (the 12900KS or 12900K).
Intel's release date is set a couple weeks ahead of the release of AMD's Ryzen 7 5800X3D. That's not a flagship SKU within the Ryzen lineup, but it is the first consumer chip to featured AMD's stacked 3D V-cache for what the company claims is a 15 percent performance uplift in games. It will be interesting to see how it fares overall to the Core i9-12900KS.